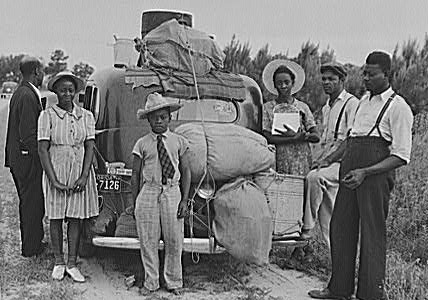 Migrant workers have been a mainstay of North Carolina's agricultural economy since around 1900. Before that time, the farm labor population had generally been made up of indentured servants, African slaves, sharecroppers, and tenant farmers, with any excess demand for seasonal labor supplied by workers hired from the local area.

Beginning in the early twentieth century, the mechanization and improved technology of farming operations altered labor requirements in North Carolina and other states. Many farms planted and cultivated more acres than the local workforce could harvest. An urgent need developed for seasonal labor during the harvest period for cotton, tobacco, cucumbers, potatoes, sweet potatoes, string beans, tomatoes, apples, peaches, and other crops. Workers who could not find sufficient employment near their homes became increasingly mobile with the introduction of the automobile and the development of a better highway system. They (and often their families) could follow the crops as they matured, working only a short time on each farm.

As the twentieth century progressed, many of North Carolina's migrant workers, especially Latinos, moved north from the warmer climate in Florida. The presence of large populations of migrant workers has, since the late 1940s, given rise to a number of problems in the state, including matching labor supply and demand and addressing workers' needs in a broad range of areas from health care and housing to child care and education.

A number of public agencies at the federal, state, and local levels, as well as private agencies, have put considerable energy and funding into the effort to solve these problems. Federally, the Office of Economic Opportunity and the Departments of Agriculture, Education, Health and Human Services, and Labor are most actively involved. At the state level, the Departments of Agriculture, Commerce, Environment and Natural Resources, Health and Human Resources, Labor, and Public Instruction provide valuable services and programs for migrant workers. A 1983 report by the Legislative Research Commission to the North Carolina General Assembly outlined the state's responsibility for ensuring safe housing and working environments, as well as adequate health insurance, for migrant workers.

At the local level, county departments of social services are often willing to help migrant workers and their families but usually have 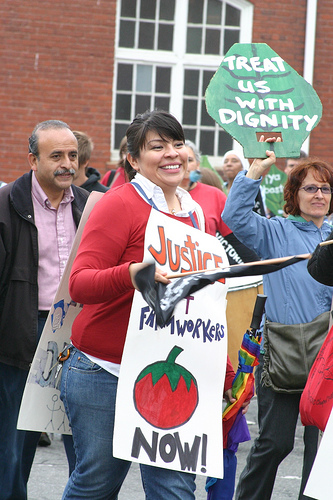 limited resources at their command. Various organizations in the private sector have tried to aid migrant workers. The North Carolina Council of Churches, for example, has sponsored several committees to address the plight of these laborers and their families. Individual churches and ministerial associations have also lent their help. The Farmworkers Legal Services of North Carolina offers legal assistance to workers, and the North Carolina Farmworkers Project has visited and reported on conditions in agricultural labor camps.

The controversial North Carolina Growers Association (NCGA), headquartered in Vass, is the state's largest supplier of legal immigrant agricultural laborers. Led by Stan Eury, the NCGA contracts out thousands of Mexican and other Latino men and women to farmers who need fieldworkers, especially those growing cucumbers for Wayne County-based Mt. Olive Pickle Company. Complaints that NCGA, which operates under a little-known federal visa program, has abused its workers in a variety of ways-such as refusing them water in the fields and denying them medical care after exposure to pesticides-have persisted. In September 2004 a five-year boycott of Mt. Olive Pickle Company-supported by some 60 organizations, including the Roman Catholic Diocese of Raleigh-was ended when 8,000 NCGA workers were allowed union representation for the first time.

Some migrant workers, wishing to stay in the United States, have moved on to service jobs and, with additional education and experience, to white-collar and professional positions. This pattern has been successfully followed in recent decades by immigrants from Asian countries as well as immigrants from Mexico and other Latin American countries.

Group of Florida migrants on their way to Cranberry, New Jersey, to pick potatoes. Near Shawboro, North Carolina. Image courtesy of Library of Congress. Available from http://www.loc.gov/pictures/resource/fsa.8c02701/ (accessed October 10, 2012).