This work is licensed under a Creative Commons Attribution-NonCommercial-NoDerivatives 4.0 International License.

Temperance Hall, formally known as the Richmond Temperance and Literary Society Hall, is a historic structure in Scotland County. Believed to be the only structure in North Carolina built to house a temperance society, the hall was the scene of lively debates in its early days and is still used for meetings of civic groups. In 1973 it was listed on the National Register of Historic Places.


To elevate the moral and cultural life of its community, the Richmond Temperance and Literary Society was founded in 1855 in the Fontcol community of what was then lower Richmond County. Influenced by the temperance movement, the charter members vowed to “neither make, sell, buy, nor use as a beverage any intoxicating drink whatever.” The cultured and worried citizens at that time were troubled by the “deadly influence” that alcohol consumption was “exerting over the morality of our country and seeing the ravages that it is daily making in our midst.” Within a few years of organizing, the society built the small one-story, one-room hexagonal building with sixteen-foot sides near what is now the town of Wagram. Here they met and coordinated their “uncompromising hostility to intemperance and untiring zeal for the advancement of literature.”


The society’s twin aims are illustrated at the peak of the building’s roof by a wooden finial that represents an inverted wine goblet on top of a closed Bible. The interior ceiling was once painted blue with a constellation of gold stars; each star represented a member of the society. However, if the member broke the vow of abstinence, the star was painted black. (Several stars had alternating coats of gold and black.) When a member died, the star was gilded with silver. 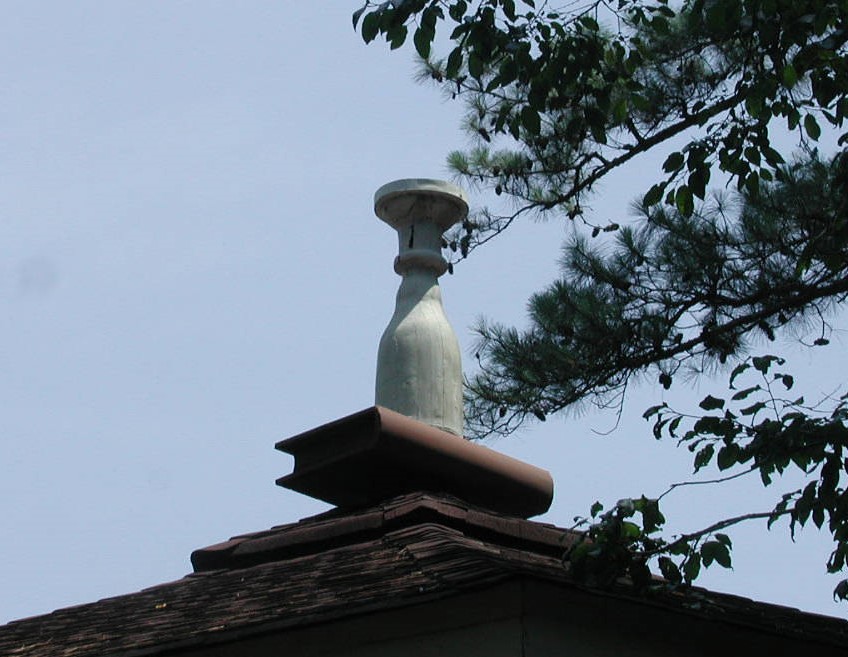 The hall, which also served as a community library, was built on a small hill above the water spring that served as the original water supply, hence the familiar name, “Spring Hill.” The surrounding area had been settled in 1773 by Highland Scots.


Built of hand-molded local bricks, the hall is still standing in tribute to its sturdy construction in 1860 by the Scottish descendants, although it was sacked five years later by U.S. soldiers advancing toward Fayetteville during Sherman’s Carolinas Campaign of the American Civil War. Both pieces of the finial were reportedly shot down by Sherman’s troops, and pot marks made by their bullets fired during target practice can still be detected on the hall’s exterior.


The society continued to meet in the hall until the 1890s. In 1899, the area around Wagram became part of the new Scotland County, and the hall found a new role until the 1920s as a school for white students, as ruled by segregation during the Jim Crow era. After many years of neglect and decay, the hall was restored as accurately as possible in 1959 by reconstructing a two-tier wooden platform that supports a lectern used by speakers, adding a cast-iron stove similar to the one that originally heated the hall, and rebuilding the pairs of recessed bookshelves on the northeast and south walls. In its role as a museum today, it serves a symbol of cultural attitudes of a bygone era.


The restored home of North Carolina poet-laureate John Charles McNeill, a Scotland County native and grandson of Scottish immigrants, was moved to the site of Temperance Hall in 1960 and serves as the visitor center for both properties. McNeill, incidentally, continued the temperance efforts of his ancestors. When he was elected to the N.C. General Assembly, he introduced a bill in 1903 to prohibit the sale of liquor in Scotland County.


Although hexagonal, the hall is architecturally significant because it is a diminutive version of the octagonal mode popularized in North Carolina in the mid-1800s by the concepts of Orson Squire Fowler, who in 1948 published A Home for All, or a New, Cheap, Convenient, and Superior Mode of Building. Fowler analyzed that an “octagon house” -- a term that refers specifically to octagonal houses built in North America during this period -- with its eight sides enclosed more space than a square one with equal wall space. The octagon house in Cedar Point near Swansboro is the best known of the surviving structures in the state. Other examples are the Cupola House in Edenton and the Inkbottle House in Hyde County.


The Richmond Temperance and Literary Society still meets all these years since its founding, although now only annually. The hall is about 1½ miles west of US 401, which is Main Street in Wagram, off Old Wire Road near Spring Hill Cemetery. The grounds are always open, but tours are available only by appointment.

Linville, Ray P. “Would Your Star Be Gold or Black?” OutreachNC Magazine, May 2019. https://issuu.com/outreachnc/docs/outreachnc_0519_issuu/20