Ruth Louise Coltrane Cannon, civic leader, preservationist, historian, and benefactor, was born in Cabarrus County, daughter of Mariam Winslow and Daniel Branson Coltrane. Her father was the founder of North Carolina's oldest national bank, Concord National Bank, and was a Civil War veteran. She was the wife of Charles A. Cannon, who was variously president and chairman of the board of Cannon Mills Company for fifty years. His father, James W. Cannon, founded the company in 1887.

Mrs. Cannon worked throughout her life to bring an appreciation and better understanding of its heritage to North Carolina. She was the first woman to head the Roanoke Island Historical Association, which produces the Lost Colony historical drama. She also was interested in Horn in the West, an outdoor drama presented in Boone; an active supporter, she attended regularly. She took primary responsibility for the production of a volume listing all Cabarrus soldiers who participated in wars—A History of Cabarrus County in the Wars, privately published in memory of her father.

Active in restoration projects throughout the state, Mrs. Cannon collected data for a book, Old Homes and Gardens of North Carolina, which was published under her direction as chairman of the restoration committee of the North Carolina Garden Club. She also served on the steering committee of the North Carolina Society for the Preservation of Antiquities. She was president of this organization from its beginning and was named honorary life president. Annual teas honoring members and officers of this society were given by Mr. and Mrs. Cannon in their Blowing Rock home. She established, through this society, the Charles A. Cannon award, which has been given each year since 1948 for distinguished work in historical research, preservation, and restoration. An original member of the Tryon Palace Commission, Mrs. Cannon served the group for twenty years. She was also instrumental in such major restoration projects as Tryon Palace and Bath, as well as the creation of the Elizabethan garden at Manteo.

A skilled gardener, Mrs. Cannon promoted garden clubs and served for ten years as chairman of the life membership committee of the Garden Clubs of North Carolina. She was a member of the American Rose Society and the American Horticultural Society and organized the Concord Garden Club. Her love for gardens and restoration was exemplified in her work at her country home, For Pity's Sake, located on Lake Kannapolis. She devoted years to this home, which became famous for its antiques and gardens and attracted many visitors. Easter sunrise services for the community were a tradition in Kannapolis for many years.

Active in all phases of civic life, Mrs. Cannon helped start the Cabarrus Red Cross during World War II and served on the Concord School Board. She shared her husband's lifelong interest in Cabarrus Memorial Hospital. She helped organize the women's auxiliary there and compiled the group's cookbook. She and her husband also contributed to the Charles A. Cannon, Jr., Memorial Hospital at Banner Elk, named in memory of their son, who lost his life as an army pilot in World War II. The addition of the women's department of the Kannapolis YMCA in the 1930s was brought about by Mrs. Cannon. She contributed to the Church of God's Children's Home in Cabarrus County and the Grandfather Home for Children in Banner Elk. A dormitory at Wingate College was named in her honor to recognize her interest and contributions, and she also helped Lees-McRae College. 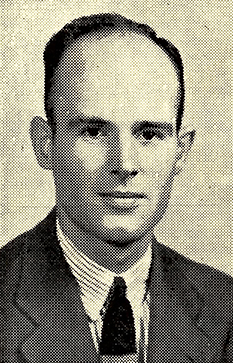 Music was an important part of Mrs. Cannon's life. She was instrumental in establishing the first music department in the Kannapolis schools, and the music building at A. L. Brown High School was dedicated to her memory in 1969. In the same year, the Cannon Music Camp was established at Appalachian State University, Boone, in her memory. There high school students receive four weeks of intensive training in music theory with individual lessons in their major instrument and group experience in ensemble, chorus, orchestra, and band. The university also named a residence hall in honor of Charles A. and Ruth Coltrane Cannon.

Ruth Coltrane was married 5 June 1912 to Charles A. Cannon. They were the parents of four children: William Coltrane of Concord; Mariam (Mrs. Robert) Hayes of Concord; Mary Ruth (Mrs. Richard) Spencer of Carmel, Calif.; and Charles A., Jr., who was killed in World War II.

Mrs. Cannon died at her home in Concord and was buried in Oakwood Cemetery there.

personal papers in possession of the Cannon family, Concord.