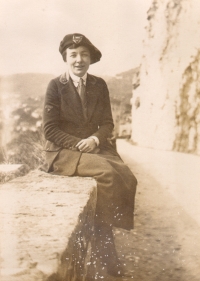 Nell [Cornelia] Battle Lewis, journalist, feminist, lawyer, and educator, was born in Raleigh, which remained her residence throughout her career. Her father, Richard Henry Lewis, was a well-known physician, educator, and public health pioneer in Raleigh; her mother, Mary Gordon of Charlottesville, Va., was Lewis's second wife and the mother of his only daughter. Nell was named for her father's first wife, Cornelia Battle. Among her distinguished ancestors were George Durant, an early landholder in the Carolina settlement; Winifred Wiggins, secretary of the Edenton Tea Party preceding the American Revolution; Judge Joseph John Daniel of the North Carolina Supreme Court; and Mary Long Gordon, one of the first thirteen students enrolled at St. Mary's College, Raleigh, in 1842.

Educated in Raleigh public schools and briefly at St. Mary's College (1910–11), Nell Lewis was graduated in 1917 from Smith College, Northampton, Mass., where she was elected to Phi Beta Kappa. In 1917–18 she was employed by the National City Bank of New York City, and in 1918–19 she worked with the YWCA's canteen service with the American Expeditionary Force in France. In 1920 she began her long career as a newspaperwoman on the staff of the Raleigh News and Observer, introducing her column, "Incidentally," in 1921. Except for a brief illness during the 1930s and for a period in 1948, when she was associate editor of the Raleigh Times, she worked continuously for the News and Observer until her death. A versatile writer, she served in various capacities including general and society reporter, literary editor, feature editor, and columnist.

Widely read despite its appearance on the society page, "Incidentally" contained keen analyses of topics ranging from rural poverty to poetry. The column, along with feature articles, provided Miss Lewis a forum for her concerns in the areas of human rights and social justice. Important focuses of her writing were women's political, legal, and educational rights and opportunities; working conditions of laborers, especially women and children; academic freedom and separation of church and state; antimaterialism; criminal justice and penal reform; and mental health. Her column, serious yet witty, made Tar Heels aware of social problems throughout the state. 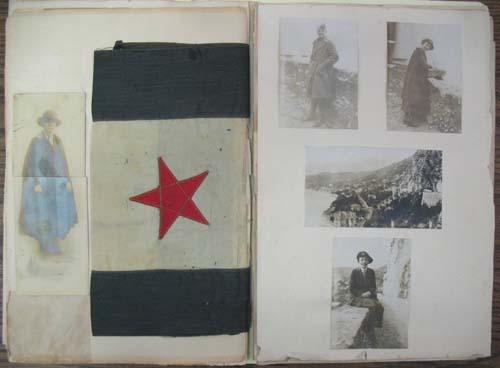 Nell Lewis was a suffragist in her youth and later a feminist who interpreted the woman's movement as one for human rights. She was publicity director during the period 1922–24 for the Board of Charities and Public Welfare under the administration of Commissioner Kate Burr Johnson and in 1922 for the League of Women Voters, an organization in which she was persistently active, and the State Federation of Women's Clubs. After its formation in 1923 she became publicity director for the Legislative Council, a clearinghouse for seven major women's organizations that lobbied for the passage of various laws such as those restricting child labor and permitting a secret ballot. Concerned about eradicating the cultural images of women as inferior beings and as sex objects, she featured career women, female authors and politicians, and women's history in her articles and columns to encourage women to participate fully in society.

She used her position on the News and Observer to promote the higher education of women, to inform the public about the specifics of laws such as those pertaining to rape, marital consent age, and property rights; and to lobby for improvement. She addressed the general problems of working mothers and the high incidence of deaths relating to childbirth. Dismayed that homemakers were limited by discriminatory laws, she urged changes in the legal status of women. Appalled by the results of her own research on the conditions of women in industries in the state, Miss Lewis became attentive to the general plight of workers in North Carolina, particularly the textile laborers. Attempting to aid the Legislative Council in persuading state officials to finance a survey of women in industry and finding obstacles at every turn throughout the 1920s, she became increasingly critical of those in political and economic control of the state. Despite the fact that two of her half brothers were associated with the textile industry, she attacked textile manufacturers as materialists who selfishly opposed the improvement of working conditions. The churches were no better than the textile owners, she wrote in a scathing critique of the churches' defense of the status quo, and they encouraged the prevailing materialism of Tar Heels. Miss Lewis connected the rights of laborers with those of women, minorities, young people, and those out of power. Few institutions escaped her able and caustic pen as she tried to educate the citizenry and arouse its social consciousness. She believed that an educated populace, especially its female members, would lead the state towards social, economic, and political advancement.

General social concerns prompted her to expose the inadequate school system in North Carolina. She insisted that legislation should focus on reducing the high rate of illiteracy and reforming the compulsory school attendance laws. Again, she felt that textile manufacturers resisted such reforms for economic reasons. Miss Lewis fought adamantly against the antievolution bills that were introduced in the legislature during the 1920s. She also thought that education and a better way of life would reduce the number of youthful and female criminal offenders in the state.

The journalist noted that many problems of women stemmed from inadequate working and home conditions and the lack of educational opportunities. Most legislators, as well as the citizenry, were complacent, she wrote. Convinced that women would work more diligently to pass the laws that she and various women's organizations were advocating, Miss Lewis ran for the legislature in the Democratic primary of 1928. Her bid failed—in her opinion, because the textile manufacturers opposed her proposals to survey women in industry and to get the secret ballot for the state. But she thought that rural women also helped to defeat her because they could not accept a woman in a position of political power. She thought that the members of her sex were working against their own interests, that society encouraged them to remain in a position of inferiority. Yet defeat did not silence her typewriter. During the textile strikes of 1929 and 1930, she urged fair trials and presented the laborers' point of view to her readers. Better working conditions might have prevented the strikes and left-wing activity, she asserted.

As a believer in adult education and in legal justice, Nell Lewis offered herself as a role model. She read law under Assistant Attorney General Walter Siler and was admitted to the bar in 1929. Her brief practice of only a few years centered around legal action involving female inmates of the women's reformatory, Samarcand Manor, who were accused of arson. She contended that the accused were "mentally defective" and should have been separated from other inmates. The case influenced her to promote penal reform and the improvement of conditions for the mentally ill or retarded, the rehabilitation of prisoners, the establishment of juvenile homes and reformatories, and the investigation of conditions in women's prisons. She compiled the first full-scale study of capital punishment in the state and publicized deficiencies in the justice system. Also in the 1930s she developed a strong interest in the Mental Hygiene Society. From this period until her death, her writing reflected increased concern with mental health and with legal and penal reform.

From 1937 to 1944 and again in 1954, Miss Lewis taught English and Bible studies at St. Mary's College. A member of Christ Episcopal Church, she had long been interested in religion and in controversies such as that engendered by evolution during the 1920. A theological modernist, she compiled and annotated a manuscript of a textbook, "The Way: Studies in the Teachings of Jesus of Nazareth," for her classes at St. Mary's. Periodically, she worked on a novel, on biographies of Elizabeth Cady Stanton and Elizabeth Blackwell, on articles for publications such as the Nation, on plans for a biography of Dorothea Dix, on studies about psychic phenomena, and on a film production about Martin Luther. She also painted portraits. Still, she continued to publish much locally on the conditions of women in prisons and highly promoted and publicized a prison investigation in 1954. During the 1930s she had worked diligently on a program to finance a public library system for North Carolina; she used her talents thereafter to publicize many educational, historical, and literary needs in the state. Her concerns were exemplified by her association with such organizations as the North Carolina Historical Commission and the Folklore Society, as well as various other historical organizations and libraries. Textbooks for schools also became an interest in her later life. During the last fifteen years of her long career, she continued to write feature articles about women and to publicize the work of women's clubs.

Over time, Nell Lewis's political views became increasingly conservative. This was evident during the years immediately following World War II, when she renounced many of her earlier efforts for freedom of expression and thought, social justice, and reform. In her columns she raged against communism with a vengeance but often confused liberalism with communism. This impulse is especially noticeable in the editorials she wrote for the Raleigh Times in 1948. Obsessed with the notion that many social reformers were in reality Communists and fearful that Communists were infiltrating the state's institutions of higher learning, particularly The University of North Carolina, she launched an attack on many of her old "liberal" friends. A special target was Frank Porter Graham, former president of The University of North Carolina and a friend from earlier years. Active in political campaigns designed to discredit social reformers and civil rights advocates, she often wrote vindictive critiques that revived her former title, "Battling Nell," in a different context. Yet despite her susceptibility to the fears of the McCarthy era, Miss Lewis never quite undid all that she had done before that fear absorbed her energy. Somehow she never lost her delight in debunking the state's glorified self-image nor did she lose her interest in the improvement of conditions and opportunities for women. She also remained consistent in her advocacy of penal reform and in her concern for mental health.

Nell Lewis died suddenly of a heart attack and was buried in Oakwood Cemetery, Raleigh.