The Federal Writers' Project (FWP), a New Deal program that from 1935 to 1942 hired unemployed newspapermen, librarians, historians, novelists, and poets, was a component of the Works Progress Administration. From its inception, the FWP in North Carolina had three objectives: to provide jobs for the unemployed, to rehabilitate workers by helping them to maintain and improve their skills, and to produce publications of lasting merit as a contribution to the culture of the state and local communities. At one point as many as 130 North Carolinians were on the rolls of the FWP. About 300 persons were returned to private employment over the life of the project.

The signal achievement of the FWP in North Carolina was the Guide to the Old North State, which was published to favorable reviews in 1939 and subsequently appeared in two reprint editions. North Carolinians also contributed to These Are Our Lives (1939), a compilation of interviews with ordinary working people in the state. 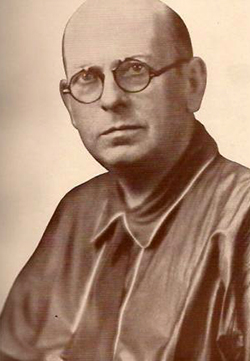 Several notable North Carolina writers served in the FWP. Novelist Bernice Kelly Harris collected "life histories." James Larkin Pearson, poet laureate of North Carolina from 1953 to 1981, gathered data on Wilkes County for use in the 1939 Guide. Manly Wade Wellman, in time a prolific writer of science fiction and mysteries, could not "struggle along" on his own and in January 1936 applied to the FWP. Local consultants such as clerk of court Richard Dillard Dixon in Edenton, newspaperman W. O. Saunders in Elizabeth City, and Moravian archivist Adelaide Fries in Winston-Salem assisted FWP field workers with their research.

A key project planned by the FWP but never finished was the omnibus volume referred to as the "North Carolina Encyclopedia" or the "North Carolina Factbook." National administrators encouraged their state counterparts to undertake such volumes once their state guides were completed. Each volume, it was anticipated, would be about 800,000 words, or 800 pages. Work on the North Carolina encyclopedia proceeded in a haphazard fashion. A four-drawer card index in the State Archives cross-references the planned entries, ranging from golf to the Ku Klux Klan. FWP workers transcribed for inclusion the full texts of documents such as the Halifax Resolves and the state constitutions. They prepared lists of famous North Carolina crimes and trials and of places in the state used as settings for novels, plays, poems, and motion pictures. North Carolina "firsts" rated special attention.

In June 1939 the Federal Writers' Project was renamed the Writers' Program. With this action came a shift in focus, reduction in personnel, and administrative changes. Responding to criticism that the FWP had spent too much public money, officials of the Writers' Program required each state and local unit to line up sponsors to contribute as least 25 percent of the costs. They also encouraged the production of less ambitious but more profitable publications such as recreational guides and pamphlets on scenic attractions.

With the onset of World War II, the Writers' Program devoted increased attention to publications that would assist the war effort, including servicemen's guides. Work proceeded on a map of airfields in North Carolina and a state atlas, but these projects were never finished. In the summer of 1941 the state headquarters in Asheville closed, and the 12 remaining staff members moved to Raleigh. In accelerating the end of the Depression, the war also precluded the need for the Writers' Program and other New Deal relief agencies.