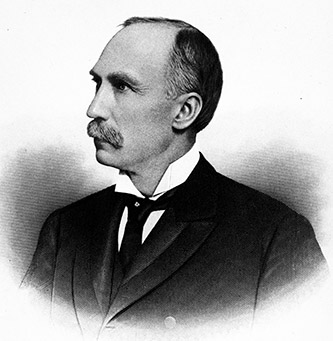 Rufus Alexander Doughton, legislator and state official, was born in Laurel Springs in what is today Alleghany County but was before 1859 part of Ashe County. He was the son of Jonathan Horton Doughton, a farmer and sometime county commissioner for Alleghany, and Rebecca Jones Doughton, and the older brother of Robert Lee Doughton (1863–1954), congressman from North Carolina from 1911 to 1953 and for many years chairman of the House Ways and Means Committee.

Doughton was educated in the local schools and at Independence (Va.) High School. In 1879–80 he studied law at The University of North Carolina and in the fall of the latter year was licensed to practice. Settling in Sparta, the county seat of mountainous Alleghany County, the "tall and raw-boned" Doughton soon became a prominent local attorney. A Democrat, he was first elected to the North Carolina House of Representatives in 1887. Reelected many times, he subsequently served in the lower house of the General Assembly in the sessions of 1889, 1891, 1903, 1907, 1909, 1911, 1913, 1915, 1917, 1919, 1921, 1923, and 1933. In 1891 he was chosen speaker of the house and in 1892 was elected lieutenant governor, serving in that capacity from 1893 to 1897. In the Fusion-dominated General Assembly of 1897, Doughton was the nominee of the Democratic caucus for the U.S. Senate, but polled fewer votes (33) than either of his rivals, Jeter Pritchard (88), Republican, and Cyrus Thompson (43), Populist.

As a member of the house, Doughton supported enactment of the Watts Bill of 1903 banning the manufacture and sale of intoxicating beverages outside of incorporated towns and in 1907 led the house faction opposed to a controversial railroad rate bill championed by the more progressive Democrats. Especially interested in fiscal matters, he served often during his long legislative career as chairman of the house Finance Committee. As such, he was an ex officio member of the state's first budget commission in 1919. In the same year he helped to secure passage of the Revaluation Act, which introduced important reforms in the state's revenue structure. 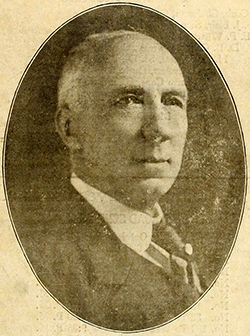 As befitting a spokesman of the isolated mountain counties of western North Carolina, Doughton cosponsored in 1921 the landmark Doughton-Connor-Bowie Bill (Highway Act) committing the state to a bold fifty-million-dollar highway construction program financed through the sale of state bonds. Known variously as "The Grand Old Man of the West," "The Old Tiger of Alleghany," or as simply "Governor Rufe," he was generally recognized by 1921 as the most influential member of the house. Doughton "shaped" more legislation in North Carolina "than any man of his generation," declared the Raleigh News and Observer in 1945. Although invariably regarded as a party "regular," he was not closely identified with the leadership of the so-called "Simmons Machine," the political faction headed by Senator Furnifold M. Simmons that dominated the Democratic party in the state for much of the first third of the century.

In 1921 Governor Cameron Morrison appointed Doughton to the recently reorganized and enlarged State Highway Commission, a position he held while continuing to serve as a member of the General Assembly. Two years later, however, he relinquished his house seat to accept appointment as state commissioner of revenue. He was subsequently twice (1924, 1928) elected to the office. In 1929 Governor O. Max Gardner appointed him chairman of the State Highway Commission, a post he held until 1931.

At the close of the 1933 General Assembly, Doughton retired from active politics. In his declining years he devoted much of his time to the banking business, serving as president or on the board of directors of several banks in the northwestern section of the state. He died in Sparta at the age of eighty-eight and was buried in Shiloh Cemetery.

Doughton married Sue B. Parks of Alleghany County on 3 Jan. 1883. The couple had two children, James Kemp and Annie (Mrs. Sidney Thomas). Doughton was a Mason, a member of the Methodist church, and for fifty-six years (1889–1945) a trustee of The University of North Carolina.