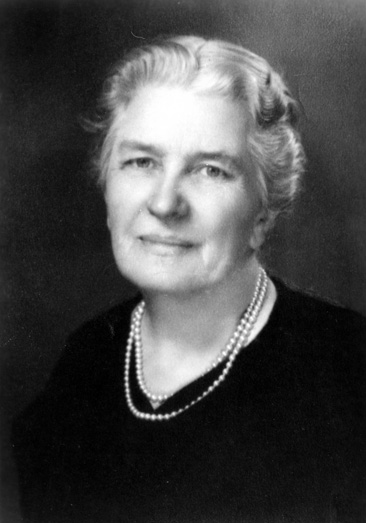 Jane Simpson McKimmon, agricultural educator and civic leader, was a director of women's institutes (1908–11), state home demonstration agent (1911–37), and assistant director of Agricultural Extension in North Carolina (1924–36). She was born in Raleigh of Scottish ancestry, the oldest of nine children. Her father, William Simpson, was born on 21 May 1839 in New York City, where his parents had settled after their arrival from Scotland; his family moved to Richmond, Va., and later to Warrenton, N.C. Her mother, Anne Cannon Shanks Simpson, had moved with her family to Virginia from Glasgow, Scotland, when she was eight; after their marriage in 1860, her parents moved to Raleigh.

Jane Simpson grew up in a cultivated atmosphere where her mother strongly upheld Christian ideals. Her father had musical talent and, as a retail druggist in Raleigh for thirty-eight years, was known nationally as an outstanding pharmacist and as a leader in the formation of the North Carolina Pharmaceutical Association. He conducted one of the first schools of pharmacy in North Carolina and in 1894 became president of the National Pharmaceutical Association. Her uncle, Dr. John A. Simpson, served for fifty-seven years as a music teacher at the North Carolina School for the Blind. Jane also exhibited these musical and organizational talents and in later years became a living example of similar cultural and religious ideals.

After attending the public schools for four years, she spent five years at Peace Institute, in Raleigh, devoting one year to the study of art. She was graduated at age sixteen, at the time the youngest ever to graduate from Peace. In her mid-fifties she went back to school to earn a degree in conjunction with her work as state home demonstration agent. On receiving a bachelor of science degree in 1927, at age fifty-nine, she was the first woman to graduate from North Carolina State College. Under the pressures of a heavy work load and severe eyestrain, she completed the requirements for a master of science degree in 1929. The University of North Carolina awarded her an honorary doctor of laws degree in 1934.

Dr. McKimmon characterized the home "demonstration" method she developed as "one of the world's great movements in adult education." After teaching school at age eighteen, she spent the next twenty-two years establishing a home and teaching her own children. In 1908 she began working as a lecturer in the women's division of the Farmers' Institute, and in 1910 she became director of the division. When I. O. Schaub, director of the North Carolina Agricultural Extension Service and her next door neighbor on Blount Street in Raleigh, decided to organize girls' clubs in North Carolina, he encouraged Mrs. McKimmon to accept the leadership. She was appointed state home demonstration agent in 1911.

Beginning with a small group of girls who formed a tomato club, she organized fourteen counties the first year, and under her supervision the organization grew to a statewide system of supervisors, trained specialists, and county home agents. As the work expanded throughout the state, systematic instruction was given in nutrition, clothing, child care, home furnishing, labor-saving devices, landscaping, marketing, and any other area that might contribute to the "uplift" of the rural woman. These clubs provided a valuable service through the conservation and distribution of food during two world wars, an influenza epidemic, and the Great Depression. The educational program stressed leadership qualities, and Extension Service statistics revealed the progressive ideas and methods of the leaders and the people with whom they worked. Mrs. McKimmon extended her efforts not only to the "forgotten" white families but also to the black families as well. She traveled miles to their homes, trained their leaders, and gave demonstrations at their meetings. She became known internationally as her teaching methods and home ideals came to be used as models in other states and foreign countries.

Jane McKimmon was a gifted administrator, leader, and speaker who could "capture an audience with her personality." She covered thousands of miles on foot, with horse and buggy, by rail, and eventually by automobile, speaking at club meetings, conferences, and universities throughout the nation. She contributed articles regularly to leading newspapers and farm magazines, and her radio broadcasts provided information on such topics as clothing, canning, and gardening. As a trustee for Raleigh's Olivia Raney Library, she worked to secure needed appropriations to improve facilities and to supply books to rural areas. In 1917 Governor Thomas W. Bickett appointed her director of home economics to help administer the food conservation program during World War I. Governor J. C. B. Ehringhaus in 1935 named her to the first state Rural Electrification Authority, on which she served as vice-chairman. She served on the board of directors of the Farmers Cooperative Exchange under governors Clyde R. Hoey and J. Melville Broughton. Both made her a member of the State Council for National Defense during World War II. Governor Broughton also appointed her to the Committee on Hospital and Medical Care for Rural People.

Mrs. McKimmon was one of the founders of the National Home Economics Association and for a time served as president. She was a member of the North Carolina Literary and Historical Association, the Fortnightly Book Club, and the Raleigh Woman's Club, contributing regularly to the programs of the latter two organizations. She played an important role in the North Carolina and National Granges. For many years she was a soloist in the choir of Christ Episcopal Church, Raleigh, where she was a member. She attended political conventions and was an active supporter of the Democratic party.

An alert, practical, far-sighted organizer, Mrs. McKimmon remained an intensely human personality throughout her years of service. For her service to humanity, she received recognition throughout the world. She was elected to the National Honor Society of Phi Kappa Phi in 1927 and was presented the Distinguished Service Ruby in 1936 by Epsilon Sigma Phi, the national honorary society of the Agricultural Extension Service. In 1927 the home demonstration agents established the Jane S. McKimmon Loan Fund in her honor. For her "distinguished service to agriculture" she received an award from the North Carolina Grange in 1940. In the same year the Progressive Farmer named her Woman of the Year in agriculture, and in 1942 she was presented the bronze medallion at the Southern Agricultural Conference in Memphis.

Resigning her position as state home demonstration agent in 1937, she devoted her time to writing a history of her work, When We're Green We Grow, published in 1945. The next year, then nearing eighty, she went into full retirement. She died at age ninety in the Wake Forest Rest Home. After services at Christ Episcopal Church, she was buried in Oakwood Cemetery, Raleigh.

The Jane S. McKimmon Center for Extension and Continuing Education (MCE&CE) at NC State University was constructed in 1976 and named in honor of Jane S. McKimmon for her commitment to continuing education. The MCE&CE was originally established in 1924 as the College Extension Division.