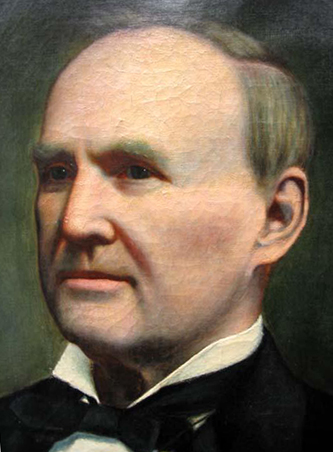 Augustus Summerfield Merrimon, lawyer, U.S. senator, and chief justice of the North Carolina Supreme Court, was born in Transylvania County at Cherryfields, the home of his maternal grandparents. He was the oldest of ten children of Mary Evelyn Paxton and Branch Hamline Merrimon, a Methodist minister born in Dinwiddie County, Va. His mother was the daughter of William and Sarah Grace McDowell Paxton; Sarah Grace (Sally) was the daughter of Charles McDowell, one of the victors at the Battle of Kings Mountain.

During his formative years Merrimon was influenced by many events. After his family moved to Hooper's Creek, about fourteen miles from Asheville, he became accustomed to hard work. He plowed the farm and worked in his father's sawmill. His hands became so twisted from these tasks that he could not place his palms flat on a table. Aunt Anis, a black maid and cook, cared for Merrimon, and he grew up playing with her son. Merrimon's mother, coming from a family of achievers, impressed on him the need to be great, but he always doubted his ability to do so. Her death when he was eighteen caused him grief for many years. Although Merrimon lived under the influence of his father's preaching, he never felt that he was good enough to be a Christian and did not join the church until a few days before his death.

Merrimon's education consisted of informal schooling, boarding school, and reading law. His father emphasized the importance of learning and required him to read aloud at night. Miss Minerva Cunningham, who lived with the family, started Merrimon's instruction. He also attended irregularly the classes of A. T. Livingston, who taught at a schoolhouse on the Merrimon farm. Young Augustus prided himself on studying Salem Town's Analysis of the Derivative Words in the English Language while he plowed. For one year he attended James Norwood's Asheville Male Academy, where he distinguished himself as a grammarian and became Norwood's assistant for a few months. Merrimon wished to attend college, but his father was unable to send him. For a year he read law, together with Zebulon B. Vance, under John W. Woodfin of Asheville before being admitted to the bar in January 1852. During the former period, Merrimon and Vance became closely acquainted.

While reading law, Merrimon courted Margaret Jane Baird (b. 8 Sept. 1834), the daughter of Israel and Mary Tate Baird. They were married on 14 Sept. 1852. Her maternal grandparents were Samuel and Elizabeth Tate of Pennsylvania; her paternal grandfather was Bedent Baird, the brother of Zebulon and Andrew Baird, New Jersey natives who pioneered in western North Carolina. Zebulon B. Vance was her cousin. 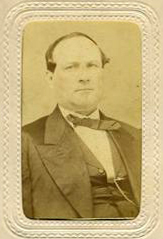 Before and during the Civil War, Merrimon held various minor offices. After serving as solicitor of Buncombe County, he was elected to the legislature of 1860–61. There his strong Union-Whig background led him to oppose an arms bill and to speak against secession. When his state was about to secede, however, he volunteered on 3 May 1861 as a private in the Rough and Ready Guards from Buncombe and served in the Fourteenth Regiment. In June he accepted a captain's commission in the commissary and served at Hatteras, Ocracoke, Raleigh, and Weldon. In the fall of 1861 Judge Robert S. French appointed him solicitor of the mountainous Eighth District, a position he continued to hold after election by the legislature in 1862. Union sympathizers soon seized the town of Marshall because of its Confederate bent, plundering stores and committing acts of violence. Leaders in Buncombe raised one thousand men under military authority to pursue and punish the marauders. After a "violent contention" with these leaders, Merrimon carried his point that the civil authority should prevail. He then captured and prosecuted the marauders. When the Clay and Cherokee courts met in 1865 and 1866, hundreds of armed men who had been on opposite sides in the war waited for a pretext to attack one another, and about sixty of them engaged in a fray in Clay County. To avert bloodshed, Merrimon had the sheriff in each county swear in about sixty men from either faction who were ordered to shoot the first person to riot. Merrimon's position required great tact and courage.

During Reconstruction he achieved increasing recognition in state politics. Although he was an unsuccessful candidate for the convention of 1865, the 1866 legislature elected him judge of the Eighth District. Twice the military ordered him to quash indictments, but he resigned the judgeship in 1867 rather than submit to military orders. Moving to Raleigh, he formed a lucrative law partnership with Samuel F. Phillips. In 1868 Merrimon became chairman of the state executive committee of the Conservative party but failed to win a seat on the state supreme court. From 1868 to 1870 he became closely associated with Josiah Turner, Jr., editor of the Sentinel, and wrote many editorials for the paper. As legal counsel for George W. Swepson, he drafted the railroad bills whose passage Swepson obtained by bribery. During the Kirk-Holden war, Merrimon was among the first to apply for writs of habeas corpus to free imprisoned citizens. At the impeachment of Governor William Woods Holden, he cross-examined witnesses for the prosecution and won a statewide reputation for grasping the details of the case. When the legislature called for a constitutional convention in 1871, he sought election as a delegate, but both he and the convention were defeated. 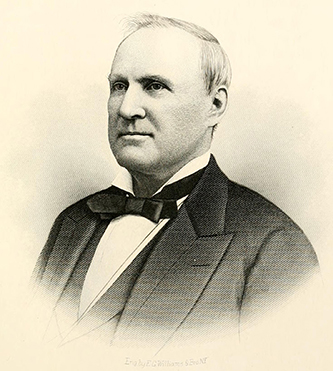 In 1872 Merrimon reluctantly ran for governor on the Conservative ticket with the understanding that the party would support his bid for the U.S. Senate if he lost the race. Defeated by a narrow margin, he permitted his friends to nominate him for the Senate. Before the legislature met, Zebulon B. Vance pledged a majority of Conservatives to his own candidacy. Merrimon's supporters refused to be bound by the Conservative caucus committed to Vance, and they voted with the Republicans for Merrimon. Merrimon had no personal involvement in the manner of his election, which caused bitter feelings within his party. In the Senate Merrimon made speeches opposing the civil rights bill, attacking the Republicans for tyranny and misrule in Louisiana, proposing the expansion of greenbacks but the eventual return to specie, and urging establishment of a national bank to assure the equal regional distribution of banking capital. He served on the post office and claims committees.

Declining to run for reelection, Merrimon established a law firm with Thomas C. Fuller and Samuel A. Ashe in 1873. On 29 Sept. 1883 Governor Thomas J. Jarvis appointed him to the state supreme court. Six years later, on 14 Nov. 1889, Governor Daniel G. Fowle appointed him chief justice, a position to which he was elected in his own right in 1890. He served as chief justice until his death. Merrimon had all of the qualities of a great trial judge. In the supreme court he gave his attention to settling practice under the code. His decisions appear in volumes 89 through 110 of the North Carolina Reports.

Merrimon's contemporaries described him as courageous, courteous, punctual, thorough, guided by his conscience, honest and simple, and an "exceedingly handsome man" with a robust figure. The apparent cause of his death was diabetes, and he was buried in Oakwood Cemetery, Raleigh. He was survived by six children. Branch and William lived in Greensboro, Mary married Senator Lee S. Overman, Maggie married John Kinney of Raleigh, Maude married J. L. Cunninggim of Nashville, Tenn., and Charles lived in New York.

Ernest Haywood, Some Notes in Regard to Eminent Lawyers (1936).

E.G. Williams and Bro. "A.S. Merrimon."  Engraving. A memorial volume of the Guilford Battle Ground Company.
Organized May 6, 1887, at Greensboro, N.C. It contains a brief history of the battle of Guilford Court House, an account of the organization and progress of the Guildford Battle Ground Company, biographical sketches, and a full account of the Holt monument and its dedication, July the 4th, 1893. Greensboro, N.C.: Reece & Elam. 1893.  https://archive.org/stream/memorialvolumeof00guil#page/52/mode/2up (accessed March 21, 2013).