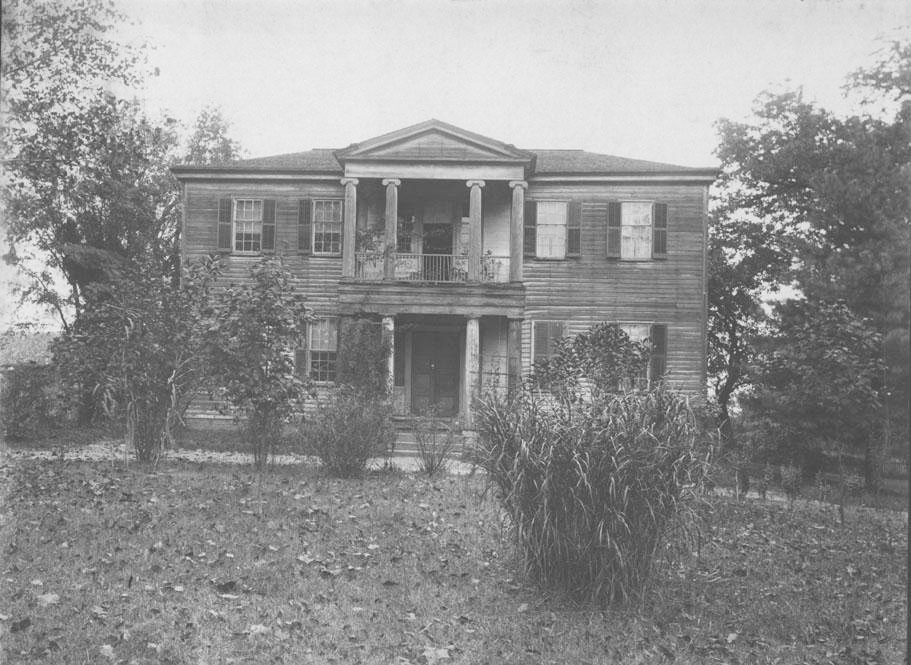 Moses Mordecai, attorney, planter, and first of the name to live in Raleigh (where his name was given to the historic Mordecai House), was born in New York City, the oldest child of Jacob (1762–1838) and Judith Myers Mordecai (1762–96) and the grandson of noted New York silversmith Myer Myers. His brothers and sisters included Samuel, merchant of Petersburg and Richmond, Va., and author of Richmond in By-Gone Days (1856); Solomon, physician of Mobile, Ala.; Rachel (who would marry Aaron Lazarus), noted for her correspondence with Irish writer Maria Edgeworth; Ellen, author of Past Days (1841) and The History of a Heart (1845); and Caroline (who would marry Achille Plunkett). From his father's second marriage to Judith's half sister Rebecca Myers (1776–1863), Moses's half brothers and sisters included George Washington, attorney, planter, financier, entrepreneur, and railroad and banking executive of Raleigh; Alfred, career army officer and engineer; Augustus, merchant and agriculturist of Raleigh and Richmond; and Julia, Eliza Sara Kennon (who would marry Samuel Hayes Myers), Emma, and Laura.

When Moses was a child, his parents moved in 1792 via several Virginia locations to Warrenton, N.C., where his father engaged in mercantile pursuits. There his mother died and his father remarried; also in Warrenton, with the aid of Moses's brother and three sisters, Jacob conducted (1809–18) the prestigious Mordecai Female Seminary. Educated primarily by his parents, and after his mother's death by her half sisters, Judah Myers and Richea Myers (who would later marry Joseph Marx), the daughters of Myer Myers of Richmond, Moses also studied under Marcus George in the Warrenton Academy. Apparently his study of law was self-conducted, although he received some instruction from Judge Oliver Fitts of Warren County.

Obtaining his license to practice in the North Carolina courts on 30 Sept. 1807, he began "riding the circuit" in Nash, Franklin, and Northampton counties. In 1808 he took over the practice of Judge Fitts when Fitts became attorney general. Over the next several years Mordecai's circuit expanded to include Johnston, Wayne, Halifax, Pitt, and Edgecombe counties, as well as superior courts in Raleigh and New Bern. In 1811 he declined the position of clerk in the State Bank but a few months later accepted appointment as engrossing clerk in the state house of representatives.

As early as 1812 he was a Mason, a member of Hiram Lodge No. 40 in Raleigh, and on a committee for constructing—with the Grand Lodge of North Carolina—a hall at the corner of Morgan and Dawson streets, the site given by Theophilus Hunter of Wake. In late 1815 he purchased a house in Raleigh on what was then Halifax Street; thereafter, he made Raleigh his home. His profession proved profitable, and with the aid of his brother Samuel he made lucrative investments by which he acquired the beginnings of a considerable estate. In 1822 a sizable inheritance from a wealthy client and family friend, Mary Sumner Blount of Tarboro, significantly increased his fortune. At the time of his death, Mordecai's estate included about four thousand acres of land and the thirty people enslaved by Mordecai who worked on the property.

Meanwhile, on 9 Dec. 1817, at the Wake County home of her grandfather, Major John Hinton, he married Margaret Lane (ca. 1786–1821), the daughter of Henry and Mary (Polly) Hinton Lane. She was also the granddaughter of Joel Lane and the great-granddaughter of Colonel John Hinton, all of Wake County. Mordecai thus came into possession of the Henry Lane House (ca. 1785), located north of the capitol and at the time outside the Raleigh city limits, the nucleus of a three-thousand-acre plantation that he managed and substantially expanded. Again with the aid of his brother Samuel, Mordecai furnished the house, which came to be known as Mordecai House, with New York–made furniture and accessories sent via Petersburg. His wife's three sisters and two of his own half brothers lived with the Mordecais. One of the latter, George Washington Mordecai, read law with Moses and took over some of his older brother's practice. After Moses's death, he remained at the Raleigh home as guardian of Moses's children and adviser to his widow.

Moses was the first president of the Wake Agricultural Society, formed in 1823 in response to the efforts of the short-lived first State Board of Agriculture to establish such societies in every county. Three decades later his son Jacob was a vice-president of a new county agricultural society created under the successful state organization of 1852.

His family attributed his persistent ill health to his three- and four-month circuits in the "low, unhealthy" eastern North Carolina counties and to the hardships of the constant horseback travel. In the summer of 1823 he spent some time in Saratoga, N.Y., "taking the waters" for his health. The following summer he went to Sweet Springs, Va., in an attempt to recover, but after lingering several weeks he died. Some months later his remains were taken to the family cemetery near Mordecai House; in the 1860s they were moved to the Mordecai section of Oakwood Cemetery, Raleigh, where his two wives and all their children eventually were buried.

Born into an orthodox Jewish family, Moses remained in that faith throughout his life. His widow and three of his children were baptized in Christ Episcopal Church on 5 May 1833.

Bartholomew Figures Moore described Mordecai as "one of the best and most successful lawyers who ever appeared before the courts of the State." Numerous anecdotes were circulated about him. One of the most accepted ones concerns a client who tried to thank him for winning his acquittal in court, whereupon the short-statured attorney, already astride his horse outside the courthouse, raised his crop as if to strike the man and shouted, "Get out of my way, you scoundrel. You know you're as guilty as h———!" Another, undoubtedly true, was recounted by his sister Ellen after a stage trip from Raleigh to Richmond in 1822: "Moses made us laugh with his bluntness of manner. He does not like Virginia, thinking of the character of the state what I believe it is—in no small degree, inclined to puff and make a great show, when there is but little real substance. We were in a very genteel sitting room but the servant, woe to his remissness, had only placed one candle on the sideboard. The next time he entered the room with hasty officiousness, to attend to our wants, Moses (little man) walked up to him with a hasty step and said in as few words as may be, 'Waiter, in Carolina when we have two candles we light them both—and when we have but one, we cut it in two and light both pieces.' 'Yes sir, yes sir, yes sir, have it in a minute sir'—and away he scampered. And in one moment 'there was light.'" 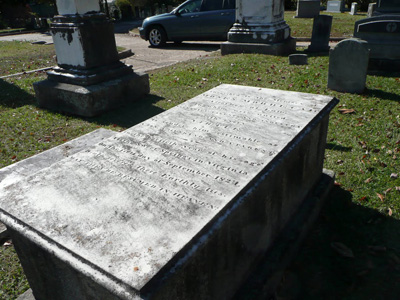 Moses provided funds in his will for a new house for his widow. She decided, however, to enlarge the eighteenth-century home; in 1825–26 state architect William Nichols designed the neoclassical facade and four front rooms and halls. According to the Raleigh Standard, it "was the earliest specimen of that order of architecture among us." The house was successively the property and residence of Moses's son Henry; Henry's daughters, Mary Willis (who would marry William Armstrong Turk, 1858–1937) and Martha (Miss Pattie, 1860–1949); and finally their nephew, Burke Haywood Little (1880–1968), who represented the fifth generation of the family to reside there. In 1967, some months before Little's death, the city of Raleigh purchased the property for preservation as a historic site and, with assistance from numerous organizations and individuals, opened the house and surrounding Mordecai Historic Park to the public in 1972.

Several portraits of Moses Mordecai are extant. Two, which hang in the Mordecai House, are a William Garl Browne copy (1857) of a portrait, possibly by John Wesley Jarvis (prior to 1824), and a profile by Charles B. J. F. de St.-Memin (ca. 1805).