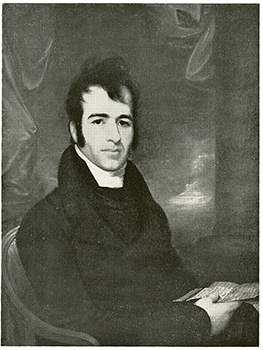 Joseph Pearson, congressman, lawyer, legislator, and planter, was born in Rowan County. He was the son of Richmond Pearson, Patriot leader and soldier in the American Revolution, who moved to North Carolina in the early 1770s and later settled in the forks of the Yadkin at the site of the present town of Cooleemee in Davie County. His mother's name was Sara Haden. Joseph Pearson was a brother of Jesse A. Pearson, legislator, planter, and War of 1812 officer, and a half brother of Richmond Mumford Pearson, chief justice of the North Carolina Supreme Court. Joseph Pearson received his early education at the Academy of Sciences in Iredell County where he was taught by the Reverend James Hall. He probably attended Clio's Nursery, also taught by Hall. Pearson practiced law in Salisbury.

Joseph Pearson was a staunch and uncompromising Federalist, a conservative, and a strong supporter of the Constitution and effective national government. He represented the borough of Salisbury in the House of Commons in the North Carolina General Assembly in 1804 and 1805 and was elected to the U.S. House of Representatives from the Tenth (western) District (Rowan, Mecklenburg, and Cabarrus counties) in 1809. Until 1813 he was one of the three Federalists of twelve congressmen from North Carolina. Described as one "ready to make good his words by his acts," he challenged Democratic congressman John George Jackson to a duel in 1809. Jackson, wounded on the second fire, recovered but remained partially disabled from the wound.

In the late summer of 1812 Congressman Pearson, who had been very critical of President James Madison's foreign policy, joined John Steele of Salisbury and others in a peace party movement to "dump" Madison. Pearson bitterly opposed the War of 1812 and voted against the declaration of war and taxes and appropriations to support the war effort. He declared the war to be "impolitic and disastrous" and in March 1813 wrote, "I hope the career of folly, imbecility, and ambition is nearly at an end—if it is not, I fear the liberties of the country will be the sacrifice." 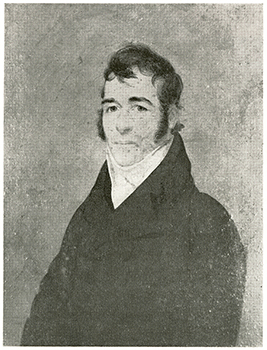 The people of his congressional district held conflicting views of the war. A mass meeting in Salisbury denounced it as "unwise, premature, and unnecessary," whereas a prowar mass meeting of his constituents in Charlotte scathingly condemned Pearson's stand. After the 1810 census the Republican-controlled General Assembly gerrymandered the congressional district, and Pearson barely won reelection in 1813; he was defeated in 1815.

In the congressional debates regarding the relocation of the national capital following the burning of Washington on 24 August 1814 by the British, Pearson spoke forcefully and effectively against removal. He deserves a major share of the credit for the close affirmative vote in the House of Representatives to keep Washington the seat of the national government.

Joseph Pearson's brother, Jesse A. Pearson, was one of the leaders of the undertaking begun in 1818 to make the Yadkin River navigable for freight and passenger boats. Joseph Pearson sold 327 acres of land in "the Point" where the South Yadkin River joins the Yadkin for a proposed town site. After the project failed, he repurchased most of this land.

Pearson was married three times. His first wife was Ann McLinn, whom he married in January 1806; she died in September of the same year at age twenty. In 1811 he married Eleanor (or Ellen) Brent, who died on 29 March 1818; two daughters were born to this marriage. His third wife was Catherine Worthington, a sister-in-law of the distinguished statesman William Gaston. Joseph and Catherine Pearson had four children. Pearson died in Salisbury and was buried in the Pearson graveyard in southern Davie County.