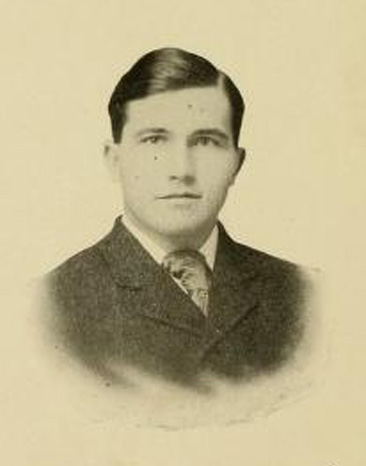 John Wallace Winborne, chief justice of the North Carolina Supreme Court, was born in Chowan County near Edenton, the eighth child and fifth son of Dr. Robert Henry and Annie Felicia Parker Winborne. He received his elementary education from his older sister, Martha Warren, who conducted a school for her younger brothers and sister and the children of tenants. From 1900 to 1902 he attended Horner Military School, Oxford, and in 1906 received an A.B. degree from The University of North Carolina. At Chapel Hill he earned monograms on the varsity track, baseball, and football teams, joined Delta Kappa Epsilon fraternity, and was a member of the Order of Gimghoul. He was, like his father, an active member of the Philanthropic Society and was tapped for membership in the Golden Fleece, the honorary order that selects only students who have been outstanding leaders.

Following graduation in 1906 he taught and coached at Bingham School in Asheville while studying law. Beginning in Marion in 1907, he practiced for thirty years. Winborne participated in many important cases of wide interest, served as special attorney for the state in connection with the condemnation of lands for the Great Smoky Mountains National Park, and was attorney for McDowell County and for the town of Marion from 1918 to 1937. He was a member of the North Carolina and American Bar associations and a Fellow of the American Bar Foundation.

When the state constitution was amended in 1936 to increase the number of supreme court members from five to seven, the General Assembly authorized the appointment of two additional associate justices. To fill these newly created positions Governor Clyde R. Hoey named Winborne and M. V. Barnhill, resident judge of the Second Judicial District. Because Justice Winborne was appointed directly from the bar and had no previous judicial experience, Hoey signed the commission designating Judge Barnhill first, thereby making Winborne the junior justice of the court. Elected for terms of eight years in November 1938, 1946, and 1954, Winborne was named chief justice by Governor Luther H. Hodges on the retirement of Chief Justice Barnhill on 21 Aug. 1956. In November of that year Winborne was elected to fill the term expiring on 31 Dec. 1958. In November 1958 he was elected to a full eight-year term, polling the largest number of votes of any candidate on the ticket. 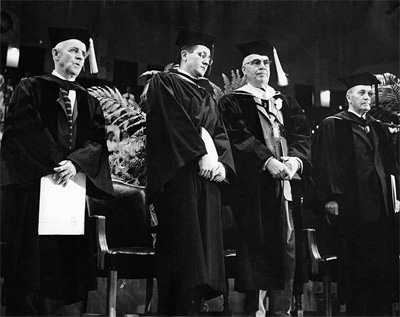 Before joining the court, Winborne had been active in the civic, social, business, political, and religious life of his community and state. A member of the Marion Board of Aldermen from 1913 to 1921, he served during World War I as a member of the local Selective Service Board as well as chairman of the local committee of the American Red Cross and chairman of the Council of Defense in McDowell County. He was also chairman of the McDowell County Food Administration and a first lieutenant in the Marion Company of the North Carolina Reserve Militia, the North Carolina National Guard having been called into service in the U.S. Army.

When the Kiwanis Club of Marion was organized in February 1923, Winborne became a charter member and its first president. He was one of the moving spirits in organizing and building the Marion General Hospital and was one of its incorporators as well as one of the original directors, a post he continued to fill until his appointment as an associate justice.

For many years he was a director of Clinchfield Manufacturing Company and served as chairman of its board of directors for several years prior to the time this large textile plant was merged with Burlington Industries, Inc. He was also one of the organizers of the Marion Manufacturing Company and a founder of the Marion Lake Club (afterwards the Country Club of Marion). A longtime director of the State Capital Life Insurance Company, he also was a director of and attorney for the First National Bank of Marion from 1929 until his appointment to the supreme court. He was an honorary member of the North Carolina Society of the Cincinnati, and in 1946 The University of North Carolina awarded him an honorary doctor of laws degree.

A member of St. John's Episcopal Church in Marion, Winborne served for many years as a vestryman and from time to time as senior warden. In addition, he was a longstanding teacher in the church school and for several years was superintendent. He was a licensed lay reader and frequently held services in his church in the absence of the rector.

Winborne also had a distinguished career in the Masonic fraternity. Long active locally, he was master of the Marion lodge during the period 1920–21 and was elected grand master of Masons in North Carolina in 1931. As typical of the man and his keen interest in the care and welfare of the children who were supported and educated at the Masonic Orphanage at Oxford, he served as a member of that institution's board of directors for thirty-two years (April 1930–April 1962).

On 30 Mar. 1910 he married Charlie May Blanton of Marion, and they had two children: Charlotte Blanton (Mrs. Charles M. Shaffer) of Chapel Hill and John Wallace Jr., of Atlanta, Ga. His wife died on 4 Nov. 1940, and on 14 June 1947 Winborne married Mrs. Lalage Oates Rorison. A portrait of the chief justice by Everett Raymond Kinstler hangs in the North Carolina Supreme Court, Raleigh. He was buried in Oaklawn Cemetery, Marion.