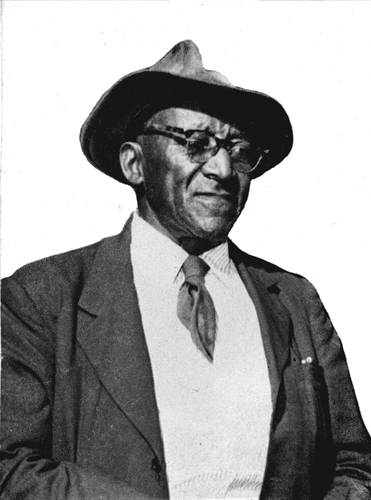 Allen Lawrence Young, community leader, educator, and founder of the Wake Forest Normal and Industrial School for Negroes (1905–57), was born in northern Wake County, the eldest of ten children of Henry and Ailey Fowler Young. Seven of his own children were teachers, five of them employed at one time or another in their father's school before moving on to other careers. Arthur Allen (1897–1955) was a teacher, musician, and composer. Maude Elizabeth (b. 1901) was a librarian in Raleigh's Richard B. Harrison Public Library 1941 to 1968. Ailey Mae (b. 1903), after retiring from public school teaching, became in 1971 the first African American to be elected to the Wake Forest City Council and received that town's 1976 Citizenship Award during her second term. James Terrence (1906–45) taught biology and music at his father's school until his early death. George Henry (b. 1913) was elected in 1977 to the Lumberton school board on retiring after forty-two years as teacher and principal of Lumberton Junior High School. Robert Trice (b. 1915) taught in the Raleigh public school system and was its last attendance counselor before merger with the Wake County system. Kathryn Lucille (b. 1917), who married the Raleigh realtor James A. Shepard, was professor of childhood education at Shaw University in Raleigh. Lewis Albert (1898–1917) died while a college student. Benjamin Lloyd (b. 1919) and Thomas Leon (b. 1920) went into government service after college.

Although all of his children who survived childhood attended institutions of higher education, Allen Young himself had little formal schooling. As a child attending Wake County public schools, he also had to help support his farming family. He found employment with the families of Wake Forest townspeople, including those of faculty members at Wake Forest College, several of whom gave him private instruction, including Professors W. R. Cullom, Gorell, J. H. Gulley, J. L. Lake, G. W. Paschal, W. L. Poteat, and B. F. Sledd. This preparation enabled him to enter Henderson Institute, then Kittrell College in Vance County, and eventually Shaw University. After obtaining his teaching certificate he taught in a county public school in the northern Wake County community of Wyatt. To augment his income, he and Mrs. Young established a dry cleaning business in their home in Wake Forest, catering especially to the faculty and students of the college. 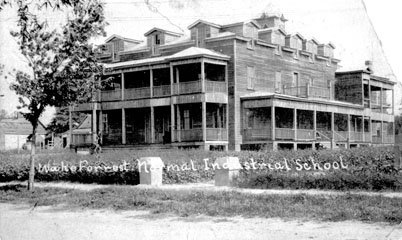 In 1905 Young and Nathaniel Mitchell of Wake Forest were among the five charter members and elders of the Spring Street Presbyterian Church, founded that year in Wake Forest. In the same year the two men, together with other African American leaders in the community, met in Young's home and organized the Presbyterian Mission School for Colored Boys and Girls. Classes opened on 6 November 1905 in a corner of a bed springs factory on nearby White Street. Young was named principal and the school's only teacher for the first year. Thirty pupils enrolled in classes designed "to prepare colored boys and girls for practical duties of life," according to the first catalogue, and to equip those planning to enter college with basic English, Latin, and other courses. Boarding facilities were provided in neighborhood homes, including that of the principal. Young's first wife was instructor in general housekeeping until her death in 1910. The second Mrs. Young taught piano and primary grades. Financial assistance came from the growing membership of the church, into whose meetinghouse the school moved; from sympathetic white friends in and around Wake Forest; from philanthropists in other states; and from the Freedman's Board of the Presbyterian church, which commissioned him a missionary teacher "to the Freedmen at and about Wake Forest."

A catalogue for the second scholastic year beginning 8 October 1906 listed tuition charges of 25 to 50 cents per month for courses in the literary department, and of $1.00 to $1.50 in the musical department. Room and board was $5 per month; the students furnished their own bedclothes, books, and lamp oil and were "required to do at least two hours' work each day." Boys received practical farming instruction and experience and eventually manual training. Girls learned housekeeping, sewing, and cooking and assisted in providing the meals for the boarding students. Students also raised and canned vegetables to be sold in a nearby store established by Young about 1914. For a bakery added later, they baked rolls and bread for sale. Night classes were conducted for adults in many of the school's departments.

The school's church-appointed board of trustees secured funds to erect permanent buildings for classrooms and dormitories for the growing student body. The school reached its zenith in the 1920s and 1930s, when more than three hundred students were instructed by about a dozen faculty members. The high school department was the first for African Americans in Wake Forest and one of the first in Wake County. Its private vehicle was the first school bus operated in Wake County for black students. Young's sons Arthur and James organized a music department and directed a choral group, a band, and a touring musical drama troupe, all of which performed in numerous localities in North Carolina and in states as far away as Connecticut. Close ties were maintained with Wake Forest College, whose faculty and student body often conducted chapel services and assisted in athletic programs at Young's school. 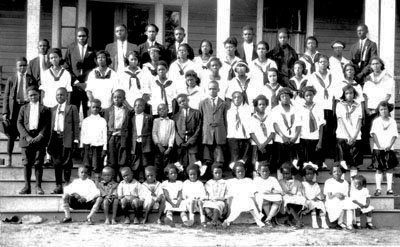 Enrollment began to drop after the state began improving public education for blacks. The high school was discontinued first, after a free public high school opened nearby. The earlier grades were gradually phased out, and in the school's final year (1956–57) only the kindergarten department was operating. In 1978 only one of the school's five buildings survived, relocating a few yards west of its original site. Young's daughters living nearby preserved a single sewing table and classroom chair.

Always a community leader, Young took an active role in annual Emancipation Day observances in the area. The facilities of his school were frequently used for meetings such as sessions of the Rural Progressive Uplift organization, for which the school's music department performed, and Principal Young spoke or chaired discussion groups. He was as early as the 1930s engaged in successful efforts to correct local abuses in voter registration requirements for African Americans and continued to spearhead drives for increased African American registration and voting. In 1920 he was a delegate-at-large to the Republican National Convention in Chicago, which nominated successful presidential candidate Warren G. Harding. He later changed his party affiliation to Democrat. He led local efforts for community betterment, including especially street improvements in the black communities of Wake Forest, as well as increased recreational opportunities. He was himself an avid tennis player. He was also an Odd Fellow. A lifelong member and elder in the Spring Street Presbyterian Church, he served as clerk of its sessions and was commissioned elder to the General Assembly of the Presbyterian Church of the United States.

Young's first wife was the former Louzania Jones of Franklin County. Of their five sons and three daughters, a son and a daughter died in infancy and another son died as a young man. After her death on 10 December 1910, Young married Geneva Trice, of Chapel Hill, a Shaw University alumna who assisted in the family school. They had four sons and a daughter. Predeceasing her husband, she died on 6 November 1934.

The final year of his school was Young's last year of life. After gradually failing health, he died at home at age eighty-one. Funeral services were conducted from the Spring Street Presbyterian Church, with burial in the community cemetery at Taylor and Walnut streets, Wake Forest. Portraits of Young and of the buildings and student activities of his school are in the photographic collection of the North Carolina State Archives, Raleigh.

Maude E. Young, "Birth and Death of an Institution" (typescript, 1971) and other materials in vertical file (Richard B. Harrison Library, Raleigh).

I wanted to comment that I grew up next door to Kathryn Lucille Shepard in Raleigh. She was always nice and tried to pay me in oranges for helping her with her groceries. After she passed away her brother inherited the house, but it stayed empty for some time. We used their driveway as additional parking and would mow occasionally. Her nephew was also an educator from the Greensboro area and would come and stay at the empty house during education conferences before they started to rent it out.