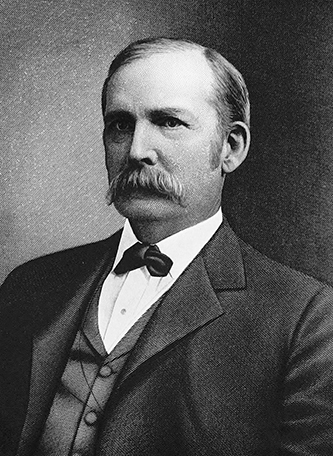 William Ruffin Cox, lawyer, agriculturalist, Confederate general, congressman, and civic leader, was born in Scotland Neck, Halifax County, of English ancestry. His grandfather was John Cox, whose London baptism was recorded in St. Paul's Cathedral; John Cox served in the British navy and settled in North Carolina early in the nineteenth century in time to sail as an American merchantman during the War of 1812. William's father was Thomas Cox; his mother, Olivia Norfleet, was the daughter of a wealthy Halifax County planter, Marmaduke Norfleet. As a young man, Thomas Cox engaged in an extensive trade with the West Indies, holding partnerships in companies based in Plymouth, N.C., and Philadelphia, Pa. A leading advocate of railroad building and other progressive improvements, he represented Washington County in the state senate. In 1825 he removed to Halifax County to become a planter. At the time of his death in 1836, he had three daughters and four sons, of whom William was the youngest.

William Ruffin Cox began his education in the Vine Hill Academy of Scotland Neck. After the death of Thomas Cox, his widow moved the family to Nashville, Tenn., in order to be near her eldest daughter. There young Cox's education continued, as he prepared to enter Franklin College, an institution from which he was graduated with distinction in 1850. After reading law at Lebanon College, he was admitted to the bar and practiced law for five years in Nashville as the partner of John C. Ferguson.

In 1857, upon his marriage to Penelope Battle, daughter of Edgecombe County planter James S. Battle, Cox returned to North Carolina and began to develop Penelo, the fine Edgecombe County plantation he retained all his life. He resettled in Raleigh in 1859 and opened a successful legal practice.

An ardent southern rights man, Cox became an enthusiastic secessionist. As preparation for military service he had studied military tactics; when war came, he organized and financed an artillery company. On 8 May 1861, Governor John W. Ellis appointed him to the rank of major in the Second North Carolina Regiment, launching him on a distinguished military career. Serving in the corps of Thomas J. ("Stonewall") Jackson and Richard Stoddert Ewell, he was successively promoted to lieutenant colonel (September 1862), colonel (March 1863), and, when he assumed command of Stephen D. Ramseur's old brigade, brigadier general (May 1864). Cox commanded a reorganized brigade of North Carolina troops, consisting of the First, Second, Third, Fourth, Fourteenth, and Thirtieth regiments. He fought in numerous battles and campaigns, including Malvern Hill, Antietam, Chancellorsville (where his regiment was so heavily engaged that half his men were killed or wounded), the Valley Campaign of 1864, and the defense of Petersburg. In the retreat to Appomattox, he led the last organized attack of the Army of Northern Virginia. He was noted for his intrepid spirit, his valor under fire, and his ability to keep his depleted and dispirited troops intact. Twice he was officially commended by Robert E. Lee. After the war, Governor Zebulon B. Vance took pleasure in publicly recalling Lee's satisfaction with Cox in the discouraging retreat from Petersburg: upon observing a small brigade that was especially orderly, obviously prideful, and well organized, Lee asked an aide, "What troops are those?" The reply was, "Cox's North Carolina brigade," whereupon Lee removed his hat, bowed his head, and said with feeling, "God bless gallant old North Carolina." Wounded eleven times, five at Chancellorsville, Cox emerged from the Civil War a popular and well-loved North Carolina military hero. 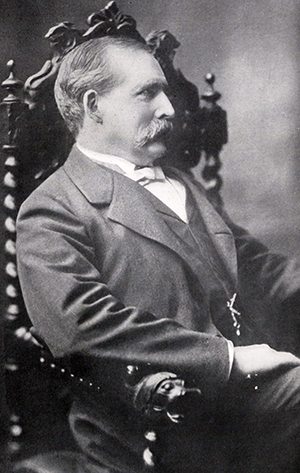 In 1865, Cox reopened his Raleigh law office. Soon thereafter he was elected president of the board of the Chatham Coal Fields Railway Company. His military reputation opened many possibilities, and he eventually turned to politics. He was considered at one time as a gubernatorial alternative to the Conservative candidate Jonathan Worth, but he did not accept nomination; instead, he sided with those who opposed congressional Reconstruction. In 1868 he stood for the temporarily important post of solicitor in the Raleigh district. He was elected by twenty-seven votes, although the Republican majority in the district was approximately four thousand. He was an able solicitor for the next six years—at times the only prominent Democrat holding state office. A delegate to the 1868 Democratic National Convention, he became increasingly active in party affairs. He succeeded Daniel M. Barringer as state Democratic chairman in 1874 and invigorated the party by emphasizing grassroots organization and rigid party discipline. He was instrumental in "redeeming" North Carolina in the exciting elections of 1874, 1875, and 1876. He was a viable candidate for governor in 1876 but cheerfully withdrew when he learned that Zeb Vance was available. Vance, after his victory, appointed Cox to the judgeship of the Sixth Judicial District of North Carolina, a position he filled with courage and ability until 1880.

Cox represented the Raleigh-Durham district in the Forty-seventh, Forty-eighth, and Forty-ninth Congresses (4 Mar. 1881–3 Mar. 1887). His most notable and controversial role came in the Forty-ninth Congress when, as chairman of the Committee on Civil Service, he championed reform. His views were generally unpopular among politicians who favored the old patronage system. In one speech to the House, Cox characterized a civil service system based on merit as "the genius and essence of democracy." This stand apparently caused his party to drop him from the ticket in 1886, although 197 convention ballots were required to nominate someone else. Cox declined President Grover Cleveland's offer of a post in the Land Office amid allegations, which he vigorously denied, that he was being rewarded for his defense of the civil service system. He was elected secretary to the U.S. Senate in 1893 and served in that capacity until his resignation in 1900, when he returned to North Carolina to stay. In his later years he resided at Penelo or Raleigh and engaged in agricultural pursuits.

Cox was actively involved in the civic affairs of his state. In the 1870s he was chairman of the North Carolina Education Association and was instrumental in founding the North Carolina Journal of Education, a monthly publication devoted to promoting the common schools. Long a member of the executive committee of the North Carolina Agriculture Society, he became president in 1900. He was grand master of North Carolina Masons in 1878 and 1879 and a dedicated layman in the Protestant Episcopal church, frequently attending diocesan conventions and serving as trustee of the University of the South. His many public addresses, although without real distinction, were well received because of their source; most memorable of these was his 1891 address on the life and character of Major General Stephen D. Ramseur.

In 1857, Cox married Penelope Battle; their only child, Pierre B., died in early manhood. In 1883 Cox was married to Frances Augusta Lyman; their union produced two sons, Albert L. and Francis. In 1905, Cox married Mrs. Herbert A. Claiborne of Richmond, Va. He died at Richmond and was buried in Raleigh's Oakwood Cemetery, attended by Confederate veterans and by numerous Masons.

Samuel A. Ashe, ed., Biographical History of North Carolina, vol. 1 (1905), and Cyclopedia of Eminent and Representative Men of the Carolinas of the Nineteenth Century, vol. 2 (1892 [portrait]).