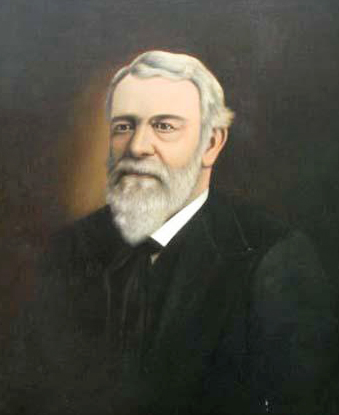 William Theophilus Dortch, legislator and Confederate senator, was born on his father's plantation near Rocky Mount, which had been in the Dortch family since 1742. His parents were William and Drusilla Bunn Whitfield Dortch. Young Dortch attended the local schools, then entered the Bingham School in Hillsborough. After completing his studies he read law in Halifax under Bartholomew F. Moore. In January 1845 Dortch became eligible to practice in his county's Court of Pleas and Quarter Sessions, and a year later was licensed to practice over the state. He opened his first law office in Nashville, but in 1848 he moved to Goldsboro, which had just become the county seat of Wayne. He soon had a large practice and in addition became county attorney. Over the next ten years he also bought land and engaged extensively in planting.

In 1852 Dortch was elected as a Democrat to the House of Commons and was reelected in 1854. During his second term he was chairman of the Judiciary Committee. He was elected to the same seat in 1858 and 1860. In the session of 1858–59 Governor Thomas Bragg attempted to secure a charter for a railroad from Greensboro to Danville that would link the North Carolina Railroad with the Richmond and Danville. Believing that such a connection would defeat the concept of a North Carolina Railroad system linking the eastern and western parts of North Carolina, Dortch was a leader in the fight that defeated the proposed charter. In 1860 he was elected speaker of the House of Commons. During the winter of 1860–61 he acted with the immediate Secessionists, but at the same time expressed such strong attachment to the Union as to discredit himself with that group. This was probably why the Whig-dominated legislature of 1861 resolved a close contest for a Confederate senatorship by turning to Dortch as a compromise appointment.

In the Confederate Senate Dortch was chairman of the Committee on Engrossment and Enrollment. He was a personal friend of Judah P. Benjamin and often acted as intermediary between him and Governor Zebulon B. Vance. In his legislative capacity Dortch supported all major programs designed to strengthen the Confederacy, though he differed from extremists in his refusal to sacrifice local interests completely. He was also North Carolina's strongest opponent in Congress to the schemes that would force Jefferson Davis to tender peace feelers to the Lincoln administration.

Dortch emerged from the Civil War almost bankrupt, much of his property destroyed and most of his library burned by Sherman's soldiers. For the next decade he labored to recoup his fortunes and eventually rebuilt his practice into the most lucrative in the state. He had similar success with his plantation. In 1875 Dortch lost a close race for a place in the state constitutional convention. From 1879 to 1885 he was a member of the state senate, serving as president in 1879 and chairman of the Judiciary Committee in 1883. He was the author of the "Dortch bill," which provided enlarged facilities for the common schools. Appointed a director of the state-owned North Carolina Railroad by Governor Vance in 1877, Dortch was one of the legislative leaders in 1880 who tried to prevent the sale of that line to a group of northern investors. He not only lost the contest but also saw defeated his amendment that would have protected North Carolina against rate discrimination by these investors. In 1881 Dortch was appointed chairman of a commission, consisting also of John Manning and John S. Henderson, to revise the North Carolina Code. This was a monumental task, as the revisal had to incorporate many fundamental changes in the law. Successfully completed after two years, the commission's work was not superceded until the revisal of 1905.

Quiet and reserved in temperament, Dortch was conservative and slow to change. His pleadings before the bar were precise, thorough, and straight to the point; his delivery was smooth and almost conversational. He was a member of the Episcopal church. Early in 1889 he suffered a stroke and died after a long illness. He was buried in Willow Dale Cemetery. Dortch's first wife was Elizabeth Pittman of Edgecombe County; their children were Corinne, Fitzhugh, Harrod Pittman, Isaac Foote, William T., Mrs. Annie B. Hill, and Mrs. Mary D. Scholfield. Dortch's second wife was Hattie Williams of Berryville, Va.; to them were born Allan W., Helen W., James Tyson, and Selene.

Journal of the Convention of North Carolina, 1861.