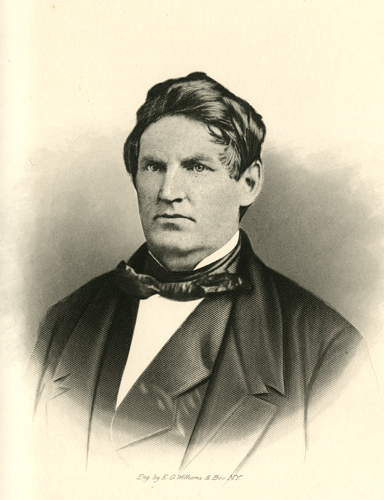 Robert Caldwell Pearson, merchant, postmaster, bank and railroad president, Democratic leader, jurist, and gold mine and flour mill owner, was born at the family plantation, Silvercreek, on Silver Creek, near Morganton, in Burke County. His parents were Isaac (1778–1857) and Elizabeth Caldwell Pearson; she was the daughter of Robert Caldwell, Sr., and Elizabeth Snell Caldwell.

Around 1817 Robert left Silvercreek to live with his uncle, John Caldwell, to be tutored in mathematics, the classics, Greek, and Latin. He later attended the Morganton Academy, of which he was a trustee by 1845. Pearson was interested in providing excellent educations for the young scholars of the day. All of his sons (except the youngest, who was nine at the beginning of the Civil War) attended The University of North Carolina. One son, William Simpson Pearson, who was prepared for college by Dr. Alexander Wilson, entered Davidson College at age thirteen and The University of North Carolina at fourteen; he was graduated with honors from the university in 1868 at age eighteen.

Robert clerked in John Caldwell's store, which was located on the town square. This experience became the basis for beginning his career as a merchant. After his marriage he operated his own store on the square in Morganton.

Gold mining was flourishing in North Carolina when Robert Caldwell Pearson and his brother both owned mines. These later became part of larger mining interests in the state.

One of Robert's earliest civic achievements was the donation of a log cabin and land near Spruce Pine to serve as the courthouse until a more suitable structure could be erected in Morganton. Within a short time, R. C. Pearson, Thomas Walton, Sr., Frank Glass, Colonel Isaac Avery, and David Corpening obtained a contract for the courthouse (with builder Joseph Binney), levied the taxes, and supervised completion. 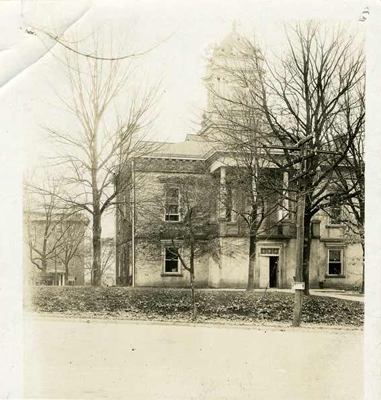 In 1844 Pearson became president of the Morganton branch of the Bank of the State of North Carolina, a position he held until 1860, when Thomas G. Walton assumed the presidency. John H. Wheeler noted in his Reminiscences that Pearson was a skillful financier.

Pearson was married to Jane Sophronia Tate on 18 March 1834 in the old Presbyterian Meeting House by a Reverend Mr. Stillman. The couple lived in a house across from the courthouse on the Morganton town square; later this structure was partially torn down and became a business establishment. Pearson and his wife had five sons and three daughters: Robert Caldwell Jr., James, Duncan Cameron, William Simpson, John Henry, Ann Elizabeth, Jane Sophronia, and Laura.

A local Democratic leader, Pearson held several county offices. For many years before and during the Civil War, he was the leading magistrate in Burke County. In 1833 he had been a justice of the Burke County Court of Pleas and Quarter Sessions and had served as postmaster in Morganton for several years before the war.

Pearson was a strict Presbyterian and assumed prominent leadership in church affairs. He was buried in the churchyard of the new Presbyterian church in Morganton.