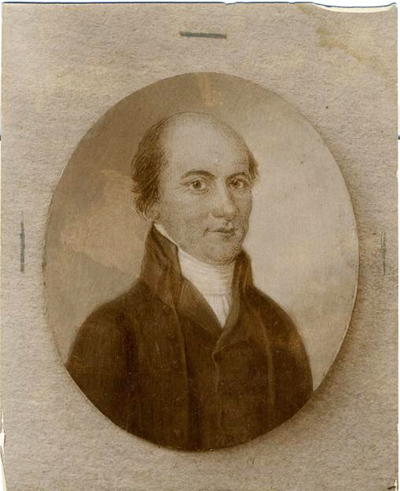 Maurice Moore, Jr., jurist, was the son of Colonel Maurice and Mary Porter Moore. He was born in New Hanover County and at an early age was sent to New England for his education. By 1757 he was back in North Carolina and was elected to the lower house of the Assembly from the town of Brunswick. Moore represented his borough in the legislature during 1757–59, 1762, 1764, 1766–68, 1770–71, and 1773. In December 1757 Governor Arthur Dobbs recommended him for membership on the royal Council, citing him as an assemblyman who showed "a good disposition to support his Majesty's Interest." During the next six years the governor attempted unsuccessfully to obtain a permanent upper-house seat for the young man. On 24 April 1760 Dobbs made an emergency appointment of Moore to the Council to ensure a quorum. Moore willingly resigned a lower-house seat to accept the socially prestigious Council chair, and he served there dutifully for a year until a commissioned councillor arrived to displace him. Once back in the Assembly, he sought a leading role there, including the speakership, but it always eluded him.

In January 1763 the governor and the Council made Moore an associate justice of the superior court at Salisbury. Except for his two-year suspension beginning in 1766, Moore served as judge in superior courts until their collapse late in 1772. Therefore, by 1765 he was one of the leading young political figures in the colony.

Like many of his friends and associates in the Lower Cape Fear region, Moore was displeased by passage of the Stamp Act in the summer of 1765. Demonstrations against the act occurred in Wilmington on 19 and 31 October. On 16 November Dr. William Houston, the stamp distributor for North Carolina, was compelled to resign his office by a mob of three to four hundred people in Wilmington. Among the leaders of this demonstration was James Moore, Maurice's brother, who was later a general in the American Revolution. Sometime during the summer of 1765, Maurice Moore wrote a pamphlet entitled The Justice and Policy of Taxing the American Colonies in England. In it he argued that England had no right to tax the colonies because they were not represented in Parliament. He not only rejected the theory of virtual representation but also contended that Parliamentary representation was based on certain kinds of tenure rather than residence in a particular shire. In the case of North Carolina, such tenure had been conferred by the Charter of 1663. Moore's pamphlet demonstrated a thorough reading in constitutional law and history as well as tightly reasoned arguments. His prominence as an opponent of the Stamp Act led Governor William Tryon to suspend Moore from his judgeship early in 1766. Tryon characterized the pamphleteer's influence as local: "He is a leading man in this river [Cape Fear] though he enjoys no great share of popularity in other parts of the province."

After repeal of the Stamp Act, tempers in the colony cooled. In March 1768 Tryon restored Moore to his judgeship, citing his proper conduct since the suspension. The justice thus returned to the bench during one of the most crucial periods in the life of the colony—the Regulator troubles. During Tryon's first expedition into the backcountry in the summer of 1768, Moore served as colonel of a troop of Gentlemen Volunteer Light Dragoons. In September he joined Martin Howard and Richard Henderson at the Salisbury Superior Court, where several Regulators were tried. Most of these men were acquitted, but at least two leaders were convicted. For a brief time there was an uneasy calm in the backcountry, but on 13 March 1770 Moore reported to the governor that sheriffs in many western counties could neither collect taxes nor serve writs because of Regulator agitation.

As unrest continued to grow in the backcountry, Moore chaired a committee of the legislature on 10 Dec. 1770 that called for stern measures to curtail the Regulators. Shortly after this action, Samuel Johnston introduced the notorious Riot Act, which served as one of the legal bases of the Battle of Alamance. On 20 December, the General Assembly expelled Herman Husband, a Regulator leader, from its membership for publishing a libelous letter from James Hunter to Moore printed in the North Carolina Gazette on 14 December. The letter purported to answer an earlier letter from Moore (which does not now exist) in which he blamed Hunter and Husband for most of the backcountry agitation. Soon after Husband's expulsion, open violence flared in several western counties.

Significantly, Moore requested that Tryon allow him to join his associates for the March superior court term in Salisbury. By 18 March 1771 the justices reported that it would be unwise to attempt to hold the Hillsborough session of the court because of the volatile situation there. Regulators gathered around Salisbury at the time said they were willing to have Martin Howard hold court in the backcountry, but not his associates Richard Henderson or Moore. While some of this bias was because Henderson and Moore were commissioned by the despised Tryon and Howard by the king, many Regulators evidenced a special hatred for Moore and expressed their desire to flog him. When the three justices were summoned to Hillsborough on 30 May 1771, they sentenced to death twelve Regulators taken at the Battle of Alamance (only six were executed) and backcountry resistance ended. By August of the following year, Moore joined with Howard and Henderson in urging an end to prosecution of Regulators. If Moore was the author of the Atticus letter attacking Tryon in the Virginia Gazette of 7 November 1771, then he had acquired even earlier a distaste for further punishment of the Regulators. Francis X. Martin attributed authorship of the Atticus letter to Moore in his 1829 History of North Carolina from the Earliest Period and many subsequent historians have accepted his verdict, though Martin offered no documentation for his statement.

With the general collapse of the colony's court system in 1772, Moore accepted a role as judge in Governor Josiah Martin's specially commissioned courts of oyer and terminer. However, Moore contributed to the demise of this temporary scheme when he pointed out technical irregularities in the court's commission at the summer term of 1774 in Wilmington. As the Revolution drew near, Moore seemed to be a firm supporter of the Patriot cause and served as a delegate to the Provincial Congress convened in Hillsborough on 20 August 1775. While there, he was active on several committees and signed the 23 August resolution protesting taxation while affirming loyalty to the king. Although elected to the congress at Halifax on 12 November 1776, he did not attend.

Moore's wife was Anne Grange. Two of his sons, Alfred and Maurice, served in the Patriot army, and the latter was killed at Brunswick early in 1776. Moore's daughter, Sarah, was the wife of General Francis Nash, and his brother, James, was a Patriot general.

Yet there is some evidence that Moore was not wholly committed to the Revolution. On 9 January 1776 he wrote Governor Martin stating his belief that the people of North Carolina would welcome a return to the status quo before the Stamp Act. He urged the governor to call an Assembly to discuss the matter. Martin answered the letter two days later, suggesting that he and Moore meet personally to discuss the matter, but they never did. To what extent Moore was vacillating in his support for the Revolution is unclear. He may have written the 9 January letter after informing the Wilmington Committee of Safety. In any case, like many Americans, he hesitated to undertake a full-scale war with the mother country. In a career replete with some puzzling contradictions (his desire for high office but his opposition to the Stamp Act, his support of the Regulator expeditions but his distaste for further punishment of them, his role in the Provincial Congress but his 9 January letter), Moore exemplified the irony of an ambitious man devoted to political order but caught up in a Revolutionary situation.

Local tradition holds that Maurice and his brother James died on the same day (15 January 1777) in the same house, but there is some doubt about that claim. Apparently, Maurice died sometime between January and April 1777. His son Alfred became a justice of the U.S. Supreme Court in 1799.

Moore, Maurice. 1765. The justice and policy of taxing the American colonies, in Great-Britain, considered. Wherein is shewed, that the colonists are not a conquered people:--That they are constitutionally intituled to be taxed only by their own consent:--And that the imposing a stamp-duty on the colonists is as impolitic as it is inconsistent with their rights. : [One line of quotation in Latin]. Wilmington, (North-Carolina): Printed by Andrew Steuart, and sold at his Office,https://www.worldcat.org/oclc/62815708

A full-text version can be found online through the University of Michigan at http://www.worldcat.org/oclc/62815708.

You may also be able to locate the print version at a library -- most like a university special collections -- near you.  Here is the link to Moore's publication in WorldCat -- http://www.worldcat.org/oclc/62815708.  World Cat searches library holdings worldwide.  You can enter your location to see libraries close to you that may have the work in their collections.

Please feel free to post back if you have additional questions.

Thanks for your help