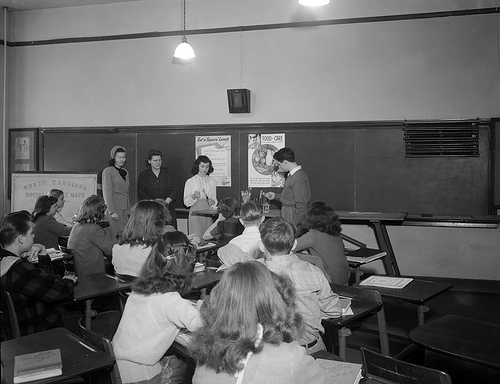 Civil rights-particularly those of African Americans-was the locus of change in public schools throughout the 1950s and 1960s. School desegregation in North Carolina, as in other southern states, was a long and arduous process. Absent, however, were the strident pronouncements of detractors such as Mississippi's Theodore Bilbo and Alabama's George Wallace. In contrast, North Carolina presented itself as a voice of moderation, although the state by no means escaped the influence of Jim Crow. As integration loomed, North Carolinians were divided between the desire to maintain the racial status quo and to comply with judicial orders to desegregate.

The integration of the University of North Carolina at Chapel Hill was an early instance of judicially mandated desegregation and foreshadowed the U.S. Supreme Court's decision in Brown v. Board of Education of Topeka, Kansas. In March 1951 a U.S. District Court of Appeals overturned a ruling by the state's Middle District Court and ordered the university to desegregate. The black students admitted to the law, medical, and graduate schools had sued for equal treatment as citizens and taxpayers. Their enrollment, and that of three African American men as undergraduates four years later, was uneventful and did not precipitate the violence that occurred on some other southern campuses.

Three years after the integration of UNC-Chapel Hill, the Supreme Court ruled in Brown that "separate education facilities are inherently unequal." North Carolina's initial reaction to the decision was to delay implementation of the federal directive. The problem rested with Governor Luther H. Hodges, who was torn between his desire to adhere to the Court's ruling and his need to appease the portion of his white constituency that remained steadfastly segregationist. In the summer of 1955, during a radio and TV broadcast, Hodges urged black residents to accept "voluntary" segregation as an alternative to the unrest that integration would produce. He warned that "the white citizens of the state will resist integration strenuously, resourcefully, and with growing bitterness." 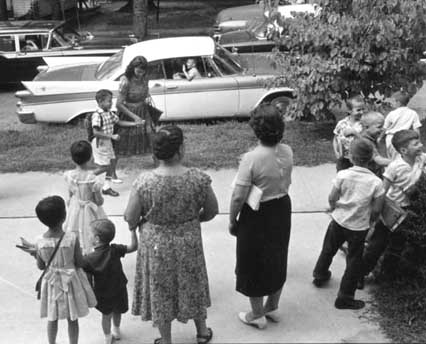 The resourcefulness that Hodges referred to manifested itself in the Pearsall Plan, which sought to legally circumvent full-scale integration. According to the plan-named for Thomas J. Pearsall, chairman of the state's Special Advisory Committee on Education, and enacted by the General Assembly in 1956-education expense grants, financed by public funds, would be provided for the private education of children assigned to integrated schools against the wishes of their parents. Further, local communities, with a majority vote, could suspend the operation of public schools if integration proved to be unmanageable. Opponents viewed the plan as an insidious maneuver by whites to delay implementing the Supreme Court's order while exonerating themselves of obstructing justice.

In time, however, it became evident that continued resistance to integration of the public school system would leave the state vulnerable to a legal challenge. In 1957, when schools opened in Charlotte, Greensboro, and Winston-Salem, a dozen black students entered previously all-white schools. With this token integration, North Carolina became one of only four southern states, along with Arkansas, Texas, and Tennessee, to allow integrated schools. Not until two years later did integration move beyond the three cities. In the fall of 1959, a small number of black students integrated schools in Craven County, Wayne County, Durham, and High Point. The Craven County and Wayne County schools, however, were located in areas housing large military bases and were attended primarily by children of military personnel, many of whom were not from the South. During the 1959-60 school year, more black students attended schools in those two counties than in all other districts combined. To speed integration, the U.S. Civil Rights Act of 1964 contained provisions to deny federal funds to school districts still practicing segregation.

Even that historic legislation was unable to create a truly integrated school system in North Carolina. In 1969 the NAACP Legal Defense Fund filed numerous lawsuits across the state charging discrimination. In a case heard in Mecklenburg County (Charlotte), Judge James B. McMillan ordered the local school system to use "any and all known ways of desegregation, including busing." He determined that the racial proportion of each school should be equal to that of the entire district, which was 71 percent white and 29 percent black. The order was appealed to the U.S. Supreme Court in 1970. In 1971, after long deliberation, the Court in Swann v. Charlotte-Mecklenburg Board of Education affirmed McMillan's ruling, and busing became the means to achieve integration in North Carolina and across the nation.

North Carolina's public school system saw other changes throughout the 1950s and 1960s, notably the establishment of the Governor's School for gifted students; more attention to children with learning disabilities; the creation of a Comprehensive School Improvement Program, which subsequently upgraded early childhood education; and free textbooks for all students, from elementary school through high school. Increases in federal funding marked the era and shaped many reforms introduced by North Carolina's educational leaders.