The Burgeoning Backcountry: North Carolina Before 1770 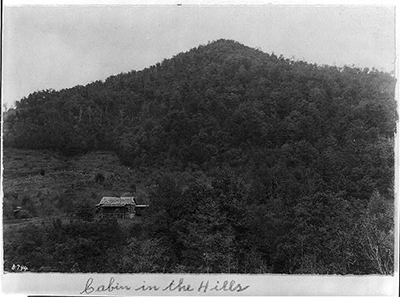 In the generation between 1750 and the American Revolution, settlers surged into the North Carolina backcountry. "Inhabitants flock in here daily," wrote the colony's governor in 1751. Some of these migrants stopped at the Eno River, near the site of Occaneechi, an Indian village John Lawson had visited half a century before. Here a settlement began that would soon become an economic and political center of the backcountry. Known eventually as Hillsborough, the town became a focal point for the deep-seated Regulator controversy that shook the colony in the decade before the American Revolution.

In 1767 Governor William Tryon wrote to the Earl of Shelburne concerning Hillsborough, "I am of opinion it will be in a course of a few years the most considerable of any inland town in this province." By this time there were already more than 13,000 white inhabitants and 700 enslaved blacks in Orange County. Almost overnight, to the amazement of coastal merchants and politicians from Williamsburg to Charleston, Orange had become one of the most populous counties in North Carolina. The county seat of Hillsborough became known as the "capital of the backwoods."

The most notorious of the region's "designing men" was undoubtedly Edmund Fanning. A graduate of Yale who arrived in the backcountry in the early 1760s to practice law, he was what later generations would come to call a "carpetbagger." In less than ten years, according to his enemies, he "amass'd a fortune, of near ten thousand pounds Sterling, and all out of the people." Fanning served as Orange County assemblyman and justice of the Superior Court, while collecting a salary as a colonel in the militia. In addition, he turned a steady profit as the register of deeds. In 1768 local farmers protested that "We the Inhabitants of Orange County pay larger Fees for recording Deeds than any of the adjacent Counties and many other Fees more than the Law allows."

Information here is excerpted from the chapter titled "The Rise of a Backcountry Elite."