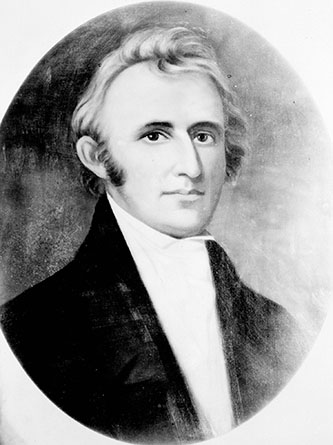 Hutchins Gordon Burton, lawyer, congressman, and governor, was the son of John and Mary Gordon Burton. There is disagreement about his birthdate and birthplace, but the weight of evidence seems to confirm that he was born in Mecklenburg County, Va., in 1774. His father died when he was about three years old, and he went to live with his uncle, Colonel Robert Burton, at Williamsboro in what is now Vance County. After attending an academy at Williamsboro he was enrolled at The University of North Carolina from 1795 to 1798. Later he read law under Judge Leonard Henderson and in 1806 was admitted to the bar in Charlotte.

Burton represented Mecklenburg County in the House of Commons in 1809 and 1810. In the latter year the assembly elected him attorney general of the state, a position he held until his resignation in November 1816. In 1812 he married Sarah Wales Jones, daughter of Willie Jones of Halifax, and moved to his wife's home. He represented Halifax in the House of Commons in 1817.

Joseph H. Bryan retired from the Halifax-Tar River congressional seat in 1819, and Burton was elected to succeed him. Arriving in Washington in December, he found lodging on Capitol Hill at the mess of Alfred R. Dowson. This was the headquarters of a group of Old Republicans from the Roanoke area of Virginia and North Carolina: John Randolph, Nathaniel Macon, Weldon Edwards, Thomas H. Hall, Romulus M. Saunders, John Branch, and Willie P. Mangum all roomed there during Burton's time. Burton received important committee assignments in Congress; during the first session he was on the Post Office and Post Roads Committee, during the second on Military Affairs, and later on the Judiciary and Roads and Canals committees. He was a strict constructionist, and his votes generally showed opposition to any extension of federal power. In 1824 he was active in the congressional caucus that supported the candidacy of William H. Crawford and Nathaniel Macon to head the nation. After Crawford's health failed, Burton worked to throw the Crawford support to John Q. Adams. 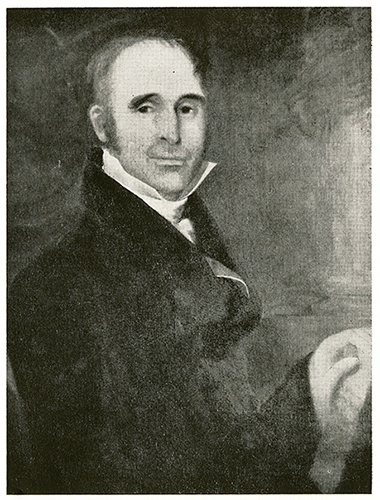 Governor Jesse Franklin declined reelection in 1820, and Burton was defeated by Gabriel Holmes as a candidate to follow him. Old Republicans again supported Burton for governor in 1824, and he was elected over Montfort Stokes and Alfred Moore. Burton won on the sixth ballot in the assembly, and on 23 Mar. 1824 he resigned his seat in Congress to move to Raleigh.

Burton served as chief executive of North Carolina from December 1824 to December 1827. As governor he supported both internal improvements and public education. The first real step toward free education in North Carolina was taken in 1826 with the passage of the Literary Fund Bill, creating a fund for the support of common schools and a board to administer the fund. A serious setback to the cause of education occurred, however, when state Treasurer John Haywood died in 1827 and the state treasury was found to be practically empty. During his term, Burton denounced northern abolitionists for drawing attention to enslavement and supported passage of a law to keep free black people out of the state. As chief executive he was host to many interesting visitors to Raleigh, including General Lafayette in 1825 and New York Senator Martin Van Buren in 1827. In 1825 and 1826, Burton was also grand master of Masons in North Carolina.

President Adams nominated Burton to be territorial governor of Arkansas in 1826, but the nomination was never confirmed by the U.S. Senate. Burton's term as governor ended in 1827, when James Iredell, Jr., began his administration. Burton returned to Halifax. In 1830 he expressed an interest in appointment to the U.S. Senate, but by then North Carolina was dominated by the followers of Jackson, for whom Burton showed little enthusiasm.

In the 1830s, Burton bought land in Texas and made plans to move there. He started a trip to inspect his western interests in the spring of 1836 but died suddenly at Wayside Inn, between Salisbury and Lincolnton, and was buried in the Unity Church yard at Beatty's Ford in Lincoln County. His wife and several children survived him. His widow later married Colonel Andrew Joyner.