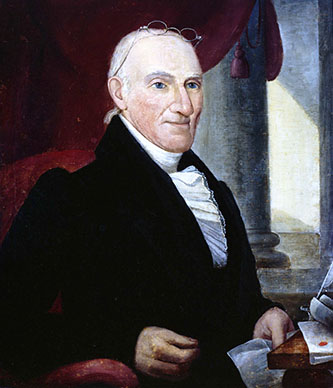 Montfort Stokes, Revolutionary veteran, U.S. senator, governor, and Indian commissioner, was born in Lunenburg County, Va., the eleventh child of David and Sarah Montfort Stokes of Halifax County, N.C. At an early age Montfort Stokes went to sea. When the Revolution began, he enlisted in the Continental navy, was soon captured by the British, and remained a prisoner in New York for some time.

After the war Stokes settled in Salisbury, where he read law under the direction of an older brother, John. From 1786 to 1790 Montfort was assistant clerk of the state senate. In 1790 he became clerk of the senate, a position he held for eighteen years. The Assembly offered him a seat in the U.S. Senate in 1804, but he declined the post for family reasons. In 1804 and 1812 he was a presidential elector, and from 1805 to 1838 he was a trustee of The University of North Carolina. The Assembly also gave him a commission as major general of state militia in 1804, and he held this rank at the beginning of the War of 1812. During this period Stokes was active in Masonic affairs, serving as deputy grand master for North Carolina from 1802 to 1807. He was a member of the North Carolina-South Carolina boundary commission in 1807.

When James Turner resigned from the U.S. Senate in November 1816, the Assembly appointed Stokes to complete Turner's term and then reappointed him for a full term. Serving from December 1816 to March 1823, he sat on the District of Columbia and Militia committees and was chairman of the Post Office and Post Roads committee. At first identified with the Crawford faction in Washington, he supported John C. Calhoun for a while and then became an ardent Jackson partisan. He broke with Senator Nathaniel Macon over the Missouri Compromise, and in 1820 he wrote Governor John Branch that he would join any constitutional movement to abolish slavery. In 1823 the Assembly replaced Stokes with Branch in Washington.

Returning to North Carolina, Stokes continued to be active in politics. He was chairman of a reform convention in Raleigh in 1823 and a Jackson presidential elector in 1824 and 1828. In 1824 he was nominated for governor in the Assembly but was defeated by Hutchins G. Burton. From Wilkes County he was elected to the state senate in 1826 and to the House of Commons in 1829 and 1830. In 1828 he was nominated again for the U.S. Senate and for governor but was not selected. His name was also placed in nomination for the U.S. Senate seat in 1829 and 1830 without success. In the latter year he was president of the board of visitors of the U.S. Military Academy at West Point.

Stokes was finally elected governor in December 1830. As candidate of the western forces in the Assembly, he defeated Richard Dobbs Spaight, Jr., by a vote of 98–83. The Spaight forces failed to block his reelection in 1831, and he served as chief executive of North Carolina until 6 Dec. 1832. His administration is remembered because of the burning of the state capitol, the repercussions to the Nat Turner Revolt in Virginia, the breakup in Andrew Jackson's cabinet, Jackson's Indian policy, the Nullification controversy, and the growing tensions between the eastern and western sections of the state over constitutional reform.

President Jackson appointed Stokes a commissioner of Indian affairs in 1832, and Stokes resigned the governorship to accept Jackson's offer. By February 1833 the former governor had established himself at Fort Gibson in Indian Territory. In 1837 he was agent to the Cherokees, but in 1841 John Tyler and the Whigs refused to renew that commission and Stokes became a subagent to the Seneca, Shawnee, and Quapaws. He died and was buried at Fort Gibson in modern Oklahoma. 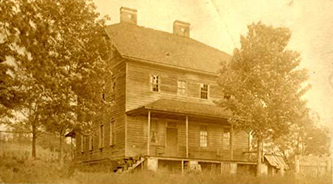 Stokes by blood, marriage, and friendship was connected with many prominent persons. His brother John, for whom Stokes County was named, was a Revolutionary hero who became North Carolina's first federal judge. Montfort's only daughter by his first wife married William B. Lewis, Jackson's lieutenant in Tennessee. Willie Jones and James Wellborn, both powerful political figures in North Carolina, were connected to Stokes by marriage. Stokes was an inveterate politician, but his love of gambling and his dangerous temper frequently got him into trouble. He was once wounded in a duel with Jesse A. Pearson of Rowan.

Stokes was married twice. His first wife was Mary, the daughter of Henry Irwin. His second marriage was to Rachel, the daughter of Hugh Montgomery. Rachel inherited property in Wilkes County, and the Stokes family moved to Wilkesboro about 1810. There were five sons and five daughters by the second marriage. One son, Montfort Sidney Stokes, fought in the War with Mexico and died defending the Confederacy in the Civil War. The homesite at Wilkesboro is indicated by a North Carolina historical marker.