The association succeeded in organizing a fair in Raleigh during the month of November for a number of years in the late 1800s. The fair combined agricultural and industrial displays. Exhibitors displayed farm produce, crafts, and arts, including such items as poultry, needlework, quilts, and paintings. The fair gave prizes for the best products in a number of categories, including livestock, crops, poultry, horticulture, fine arts, mechanical arts (crafts), and carpentry. Authors read from their books, and African American newspapers were displayed. Prominent politicians and public figures, both black and white, made speeches during the fair. Parades and bands lent a festive air to the activities. Visitors traveled to the fair from across the state, and many railroads offered discounted rates to the fair’s exhibitors.

White-owned newspapers, such as the Raleigh News and Observer and the Charlotte Daily Chronicle, covered the fair. The latter praised the 1886 fair, reporting that "It was very successful and displayed great advancement in their [African Americans’] industrial pursuits and many of the higher arts."

The Colored Industrial Association Fair did not become a financial success, however. When the fair was discontinued is unclear, although it lasted at least a decade. But the fair succeeded in other ways. Historian Frenise Logan has written that the fair promoted racial harmony, encouraged African Americans to improve farm production, and presented the "educational, agricultural, and industrial resources of the Negro people of the State." Most of all, the fair showed the world how far North Carolina’s African Americans had come in the decades immediately following their freedom.

emancipation of slaves in the state. In 1879 twenty-two of these men organized as the Colored Industrial Association of North Carolina. Their stated purpose was to improve and educate North Carolina’s African Americans and to demonstrate what newly freed people could accomplish. They decided to hold an African American fair, similar to the State Fair that Raleigh had hosted since the 1850s." data-share-imageurl=""> 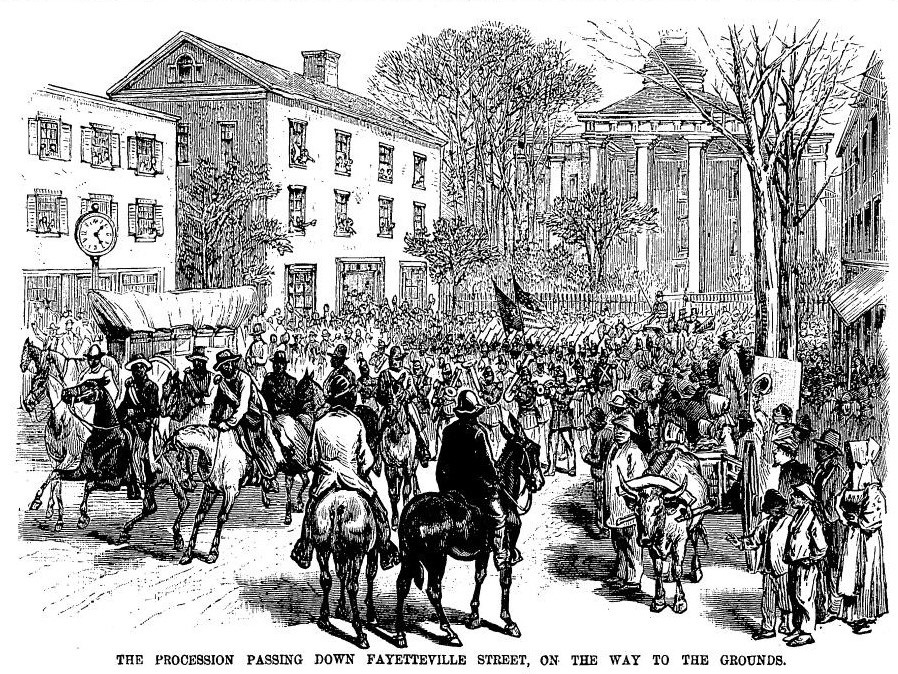 Sketch of the procession passing down Fayetteville Street, on the way to the fairgrounds. 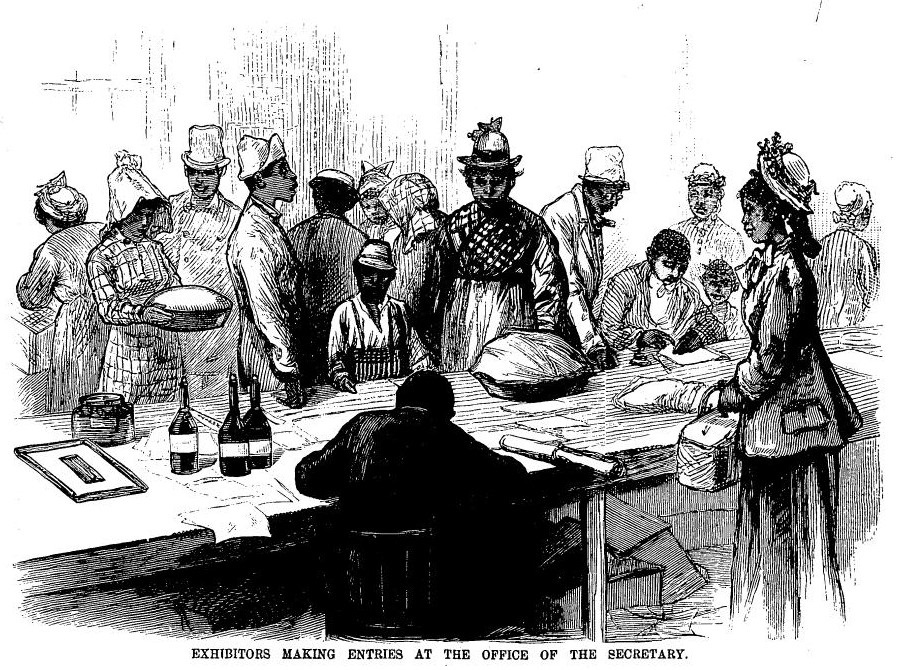 Illustration of exhibitors turning in their entries -- baked goods and other items -- at the fair. 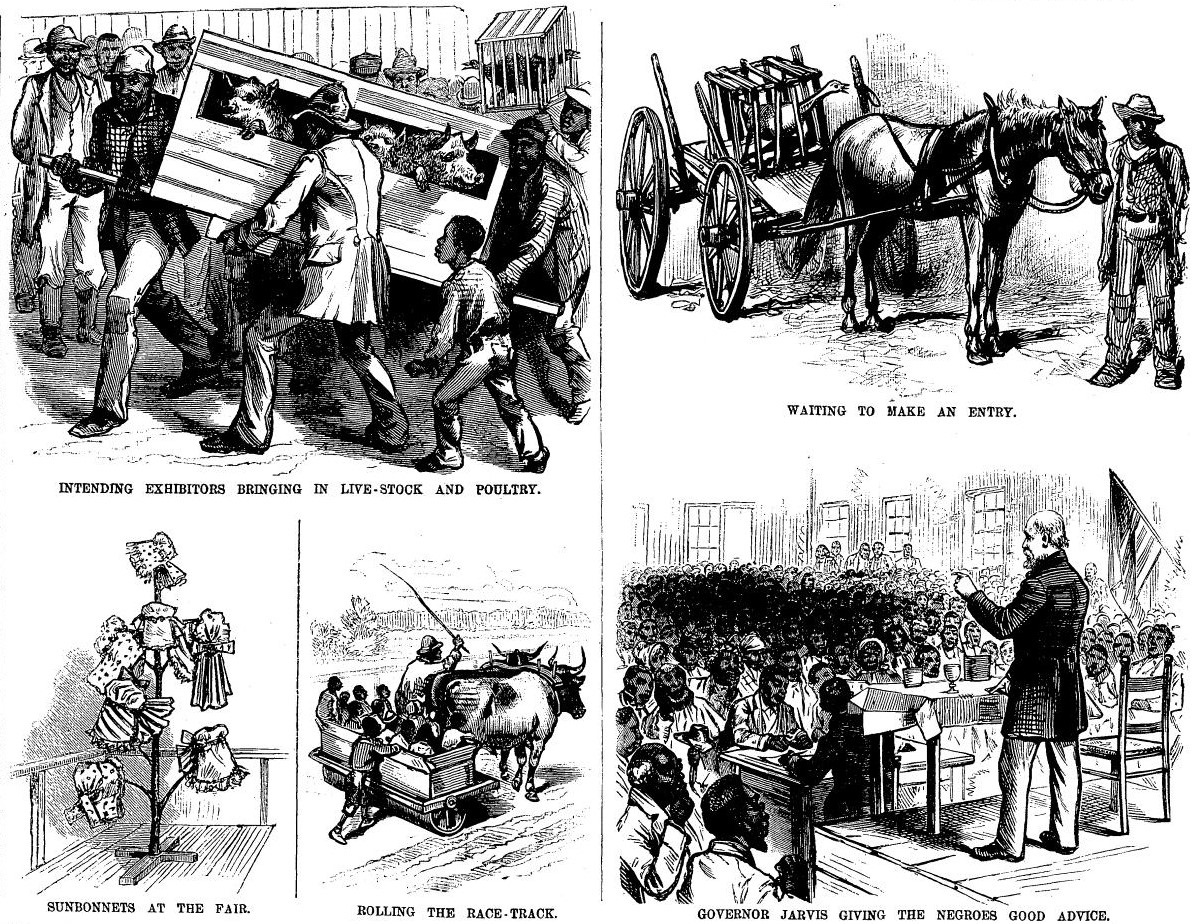 Illustrations from Frank Leslie's Illustrated Newspaper depicting some of the happenings -- including men and young men carrying crates of live stock to exhibit, a sun bonnet display, and Governor Jarvis speaking to a crowd -- at the First Fair of the North Carolina Colored Industrial Association.